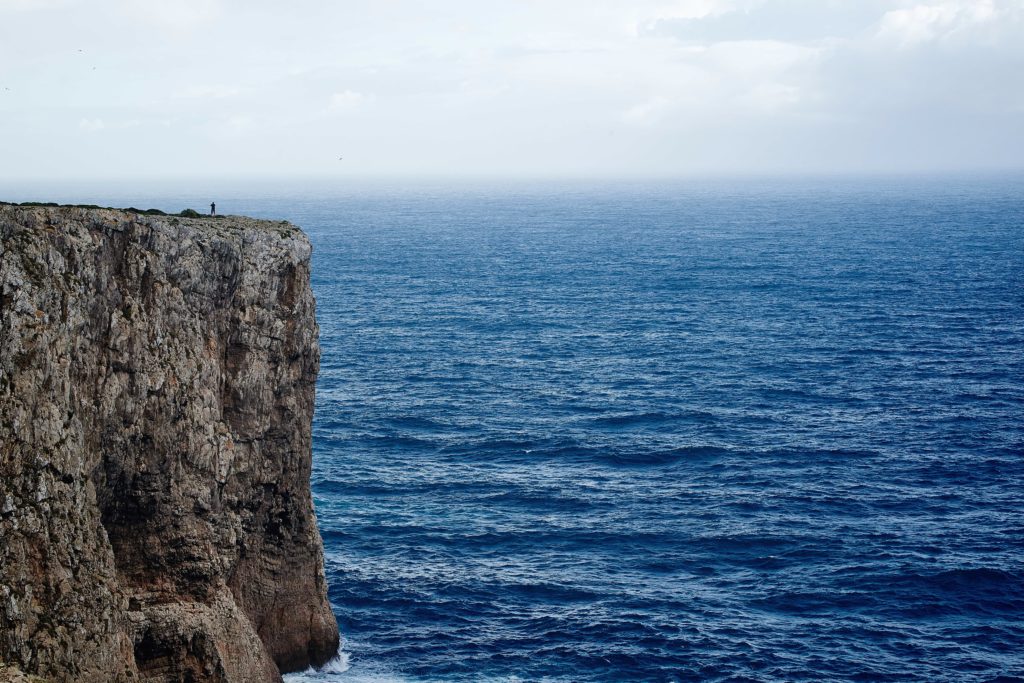 I learned the most incredible lesson about 25 years ago under the most extraordinary pressure.

I had this client. He was about 40 years old and he was deeply depressed

He had been depressed for years and I had been seeing him for some months and had really been getting nowhere. I tried everything I knew to connect with him to help him to relieve his sense of loss and deflation and hopelessness and helplessness.

None of it worked.

He got more and more depressed until one Monday morning he walked into my office and told me straight up that he was going to kill himself.

Of course this is just about the worst thing that can ever happen to a therapist and this perception is entirely selfish.

Obviously I was concerned for him and the fact that he felt so bad about his life and that he wanted to end it but I was also concerned for myself because if you’re into self – judgement and I certainly was at that point in time in my life in a much bigger way than I am now  – then the last thing in the world that you want is for one of your clients to kill themselves.

If you’re into the success-failure paradigm, then as a therapist, that is the ultimate failure.

The rules of the medical and dental Council required me to refer seriously suicidal clients to a psychiatrist for medication and potentially for hospitalisation to protect them from themselves. I knew this was what I should do and yet every fibre of my being told me that this would be a rejection of him and his pain and his story.

So I didn’t do it, but it raised another anxiety, “I’m breaking the rules and am going to get into big trouble, especially if he does kill himself!”

Despite these anxieties I soldiered on.

What I started to do was ask him ‘why now’ and ‘was this is only recourse’ and his answer was very simple. He’d been struggling for years and things simply got worse and worse and he felt hopeless and helpless and despairing. He said he saw no possibility of resolution of any of his issues.

What is so fascinating about the session was that there was this incredible energy of intimacy and caring and connection as I listened to everything that he said, hearing his pain in the most direct and immediate way, in a form that he had never shown me before.

What was even more remarkable was that it was the most energised and connected session that we had ever had! This man felt more alive and more honest and real with me when talking about his death than he had ever felt when he was alive and trying to live! 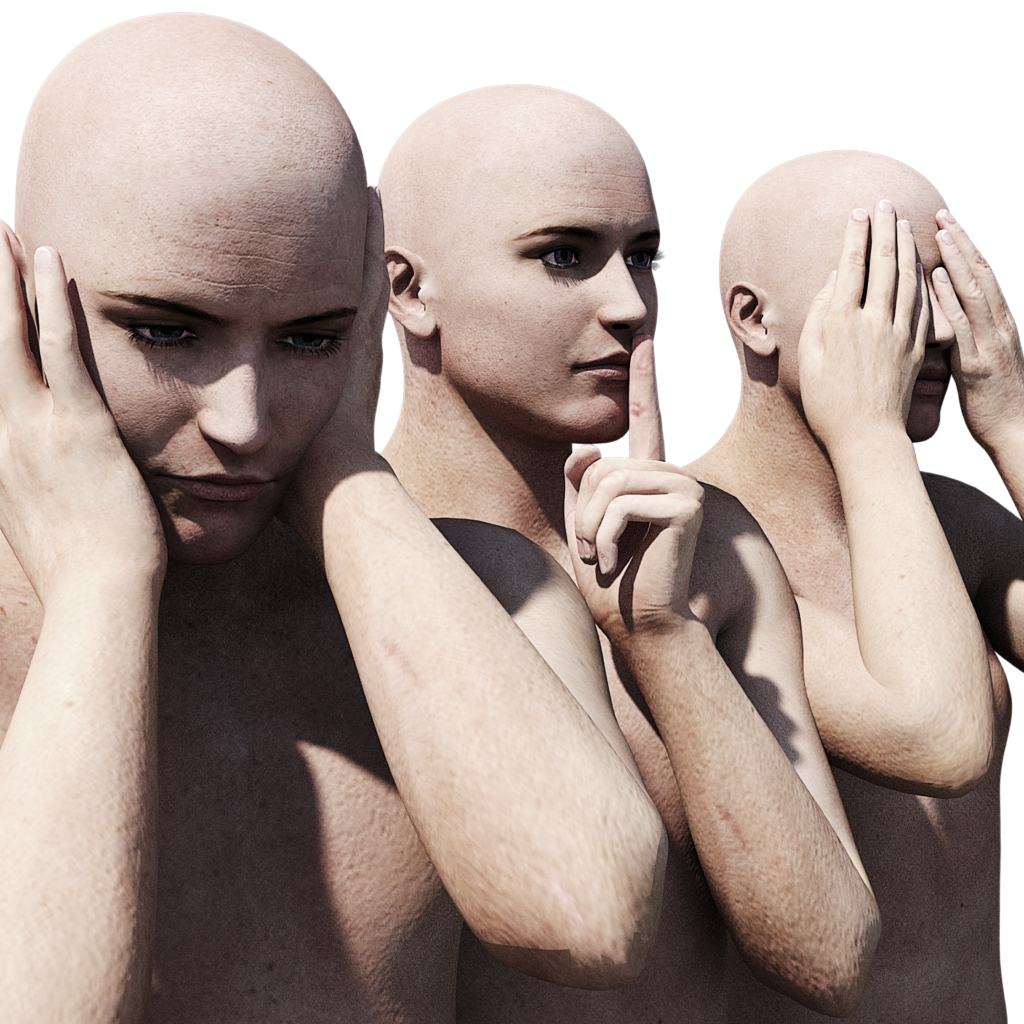 Nothing, except sit and listen and really feel with my whole being what pain this dear man was experiencing. I listened with my mind, my heart, my body. I felt his agony in every part of me. I resonated with him. I knew him. I was honoured to have him let me know this deepest, most secret part of him, that no one else had seen.

I asked him how he was going to kill himself and he told me that his motorcar was going in for a service in a couple of days and it was due back on the Friday and on the Saturday his partner was going to be away and so he would then drive into the country, connect a pipe to the exhaust and disappear in a cloud of odourless carbon monoxide.

When the session ended we both stood up and I asked him if I could give him a hug and then I said the most extraordinary thing.

Heaven knows where it came from because I’ve never said anything like this to anyone before in my life, “I hope you feel better when you are gone.”

He smiled and said, “Thank you” as if it was the most normal thing in the world to say and I asked him if he would call me on the Friday to say goodbye.

He said he would.

I spent the next four days in a great deal of anxiety and yet I felt that there had been something so authentic, so real and so connected in our interaction that I couldn’t for a moment begin to imagine that I should have sent him off to a psychiatrist to get him on antidepressants or admitted to a psychiatric institution.

On the Monday of the following week I read the obituary column in the newspaper – there was no internet in those days.

I did the same on the Tuesday.

And the same on the Wednesday.

And the same on the Thursday and Friday.

I didn’t know what to think. I stopped reading the obituary column but the visions of him having killed himself continued to intrude on my troubled mind. 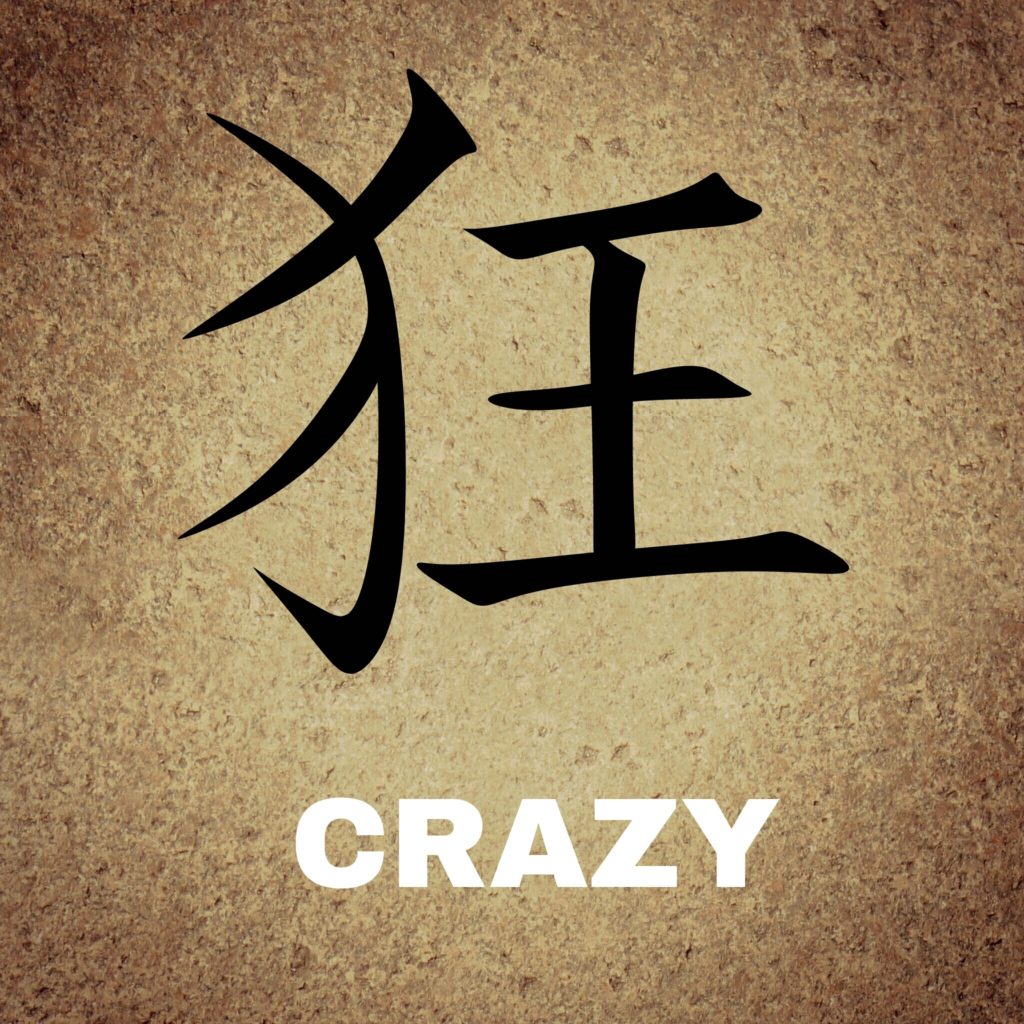 One week later I called him and got his answering machine.

In pursuit of confidentiality I couldn’t leave all of the details that I wanted to on the message so I simply said: “Hi George (not his real name) I was just wondering how you were doing as you said you wouldn’t be around…” I really laughed at my euphemism … ‘You wouldn’t be around’, designed to disguise the real issue if anyone else listened to the message.

No response to my message.

Two weeks later I get a phone call from him: “Hi Mark, I’m sorry I didn’t call you back I was too embarrassed to call because I didn’t go through with killing myself.”

He didn’t stick to his word! He’s feeling guilty because he didn’t kill himself!!!

I do not believe that this is a particularly unusual kind of insanity either. We human beings think and do the weirdest stuff!

I saw him again about 2 weeks later. He was somewhat better but not out of the woods and that was the last of him, though I did see an article about him in the local newspaper about 5 years later, so clearly he stayed with wanting to be alive… 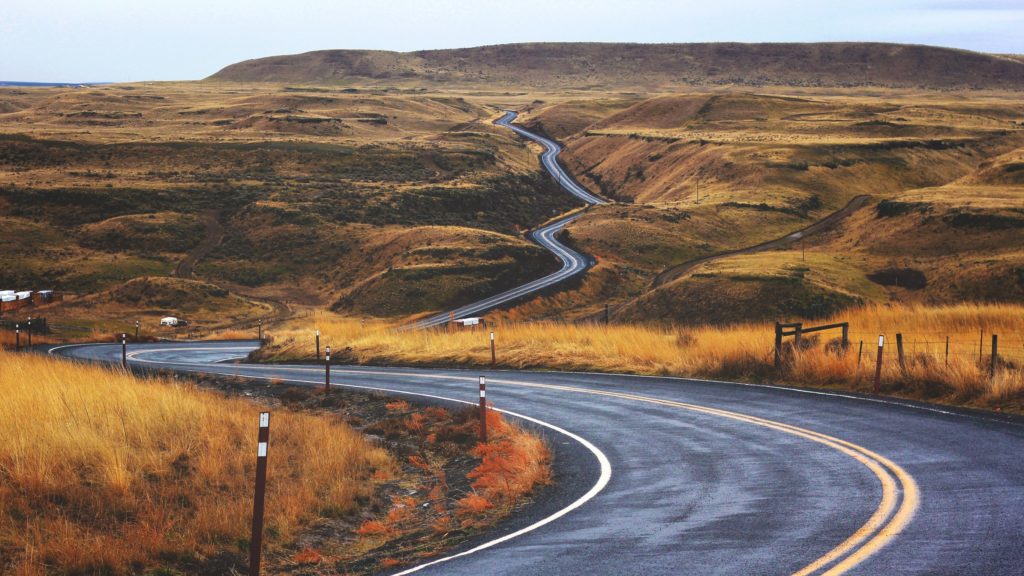 The big question is, what lessons might there be in it for me and you?

If someone close to you even hints at the possibility of killing themselves, stop what you are doing, sit down with them and while you internally manage your panic say, “Tell me about it?” and keep asking questions to understand them better and ask them how they want to do it and do your best to suspend all judgements and criticism and shock and horror because that will only shut them down.

These euphemisms simply illustrate your need to cover the story up, which blocks the dialogue. The euphemism is there to protect you, not the person who wants to kill themselves. Not only does it obstruct the dialogue, it does two further things. Firstly it supports the denial of the fact that 1 million people a year kill themselves. That’s a monumental figure.

Which is perhaps not too surprising given that I believe that the degree of self-rejection is for most people far greater than the criticism from others, we so fear.

Secondly, it is abandoning the person and the pain behind the cause of the suicide.

Regarding George, I think that he didn’t kill himself because I truly listened to his pain and honoured his desire to do one of the great taboos in our culture. I can’t prove this, but my intuition tells me  so. To have hospitalised him would have been to dishonour his truth and the desire to end his life.

In honouring him, he felt that I cared, really cared and that was meaningful for him, as opposed to him living a meaningless life.

I’m not saying I would never hospitalise a client, or refer them to a psychiatrist, but on this occasion it would have been the worst thing to do. If I do recommend a referral I would get the story first.

To not do so would be for me, not them!

When someone close to you wants to kill themselves…LISTEN!

I’ve watched adults whose partners are threatening suicide, simply freeze or get angry. Just think about what this does to the one wanting to kill themselves. It pushes them away. They feel guilty and angry because they are not being understood.

It deepens their intention to die.

It deepens their sense of disconnection.

We do not live in a culture of good listeners.

I define communication as follows:

You’re thinking about what you are going to say while someone else is speaking.

We have a very powerful set on conditioned thoughts about suicide.

We are horrified at suicide, so when someone raises the prospect of killing themselves it pushes multitudes of deep emotional buttons inside of us and instead of listening to the person we respond from the buttons being pushed.

I have sat with many adolescents who have wanted to die, in my office, with their parents. I see the parent’s agony and fear and the depth of their pain prevents them from wanting to listen to their kids pain and so they close down and reject their kid, because of their shock and horror. This creates guilt and shame in the kids and so they must now go back and hide this exposed secret.

The full truth of it, must be banished into the depths of their psyche because their parents cannot cope, they cannot listen. To an anguished adolescent, this banishment only makes them want to kill themselves more. 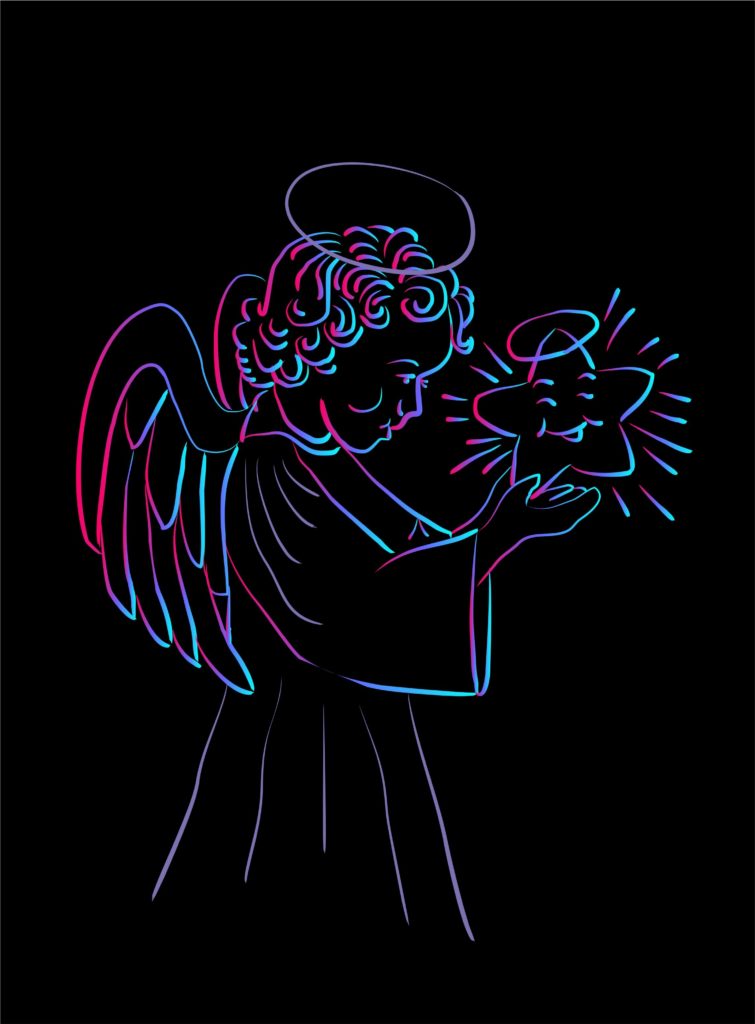 Great listening is love. It doesn’t have an agenda and it’s not trying to manipulate or control the other person.

Very few people have an awareness of the degree to which they try to manipulate each other when they are interacting.

To really start listening is not an easy thing to do.

The conditioning, the training in not listening runs very deep and our extraordinary degree of emotionality prevents us from being open, completely open to that in others which horrifies us.

Can you begin, just begin, to notice the extent to which you are trying to manipulate other people when you are having a discussion with them. You try to manipulate them into a position where they make you feel comfortable and agree with your values, your opinions.

I’m not saying that you should do this all of the time, there is place for sharing your opinion with clarity and power, but certainly when someone is really upset or stressed or feeling hurt, then great listening is really needed, at least up front.

Can you simply slow yourself down and listen for the feelings and the meaning that the other person is trying to convey or that they are hiding?

I mention hiding because when we have difficult things that need saying we hide and avoid them and so the true meaning is obscured by our need to cover it up. Why do we have to cover up so much?

Because we are not being listened to and we are scared that if we share the full reality of what we feel we will be criticised and attacked and shut down.

This is not just about suicide.