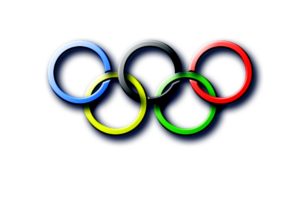 It is the time of the Olympics. Let us rejoice in victory – but how many people win and what does that do to confidence building?

Baron Pierre de Coubertin in opening the modern Olympics in 1896 said: “It is not the winning, but the taking part that is important.”

If only this were true. Methinks we have an addiction to being #1, which would make competition not really that healthy.

HOW COMPETITION DOES BUILD CONFIDENCE.

The benefits of competition are largely speaking there for the development of Acquired Self – Esteem. Everyone is born with Original Self – Esteem. This is the Self-Esteem we have as children, before we are approved of and before we know anything about success or failure. It is simply our natural spontaneous and magnificent nature that just shines like the sun irrespective of what is happening.

Because they’ve lost their Original Self – Esteem – which is internal and now they have to win in order to get back what isn’t genuine Self-Esteem but something that is temporary and manufactured through winning.

And the one who wins is the one whose ego gets boosted and they feel very special, which actually means they are superior to the one who loses, who is inferior.

The monster of superior – inferior is now birthed into our psyche.

The more you win the more you boost your Acquired Self – Esteem and this artificial sense of superiority expands inside of you. But you are always vulnerable to the next criticism and the next failure and no one is immune from either of these.

I’ve been a fan of sport all my life. I’ve loved watching South African rugby teams and cricket teams win. Of course I’ve watched our soccer team not win. But at base, this competitive winning thing has deeply destructive aspects to it.

COMPETITION DESTROYS OUR SENSE OF SAFETY

Most people are psychologically looking to be safe. If you’re not sure what I mean, just imagine meeting someone for the first time and they insult you at a really deep level. They tell you that you are ignorant, exploitative, unethical and disrespectful in your values and way of living. I don’t know if I’ve met anybody who wouldn’t be deeply affronted by this.

In other words, you feel unsafe in the presence of this person. You don’t describe it this way, because you jump into your indignant story about them. “How dare they disrespect me?” you say.  And so at a very subtle and endless level, we are always looking out for how we can make ourselves feel safe and we want to associate with people and be in situations in which we feel safe psychologically.

In order to continue to feel safe, what we do is compete and try to be better than others because then we feel superior. If we are not superior we feel inferior and inferiority is uncomfortable and unsafe.

Countries do the same thing. Countries have Self – Esteem. After the First World War England had the most incredible Self – Esteem. And it has pretty much declined consistently since then. The United States has had an amazing Self – Esteem since the Second World War, significantly boosted by Osama Bin Laden.

South Africa had an absolutely rotten Self – Esteem during the apartheid era which really transformed in 1994 with the advent of the rainbow nation. And when we won the Rugby World Cup in 1995 we were top of the world. We were winners both as a rugby nation and as a country that had avoided civil war and had become famous for producing Madiba and creating the most amazing constitution and bridging the vast racial divide. And since then…down-hill all the way.

But that’s the problem with feeling good because you’ve won something. It never lasts!

It’s based on a phoney foundation. My mother used to encourage me to be a winner by saying: “Nobody ever remembers the bridesmaid.” And what did this evoke in me?

A fear of not winning coupled with guilt and shame at losing.

WINNING CAN BE DEVISIVE.

Much of the time – not always – winning is founded on insecurity. Not only that, it is divisive. If I win you have to lose. And division is suffering. All of us are longing for wholeness and completeness and competition, much of the time, destroys that.

How much does this haunt you, every day of your life?

When I was 40 years old I decided to learn to play the piano. I remember going to one particular lesson where my teacher had a musician friend visiting him and the friend asked how my piano lessons were going and my teacher replied: “He’s doing well but you know, he has this adult performance anxiety thing.”

What he was saying was that kids up to the age of about seven or eight or nine years old don’t have this fear of looking stupid, of failing, of making mistakes and so the piano playing has a freedom to it which the adults don’t have. Adults are watching themselves, haunted by the next mistake, about to happen, already contracted in shame and guilt and self-recrimination at the failure, the inferiority of imperfection.

The most destructive element of competition is that it sets up this ‘thing’ about anxiety. Apart from what it does to our immune system and cardiovascular system and general health, this anxiety about performance destroys our Original Self-Esteem. In a recent coaching session with a very senior and very successful business woman, who is 50 years old, she recounted to me how she didn’t feel successful enough and financially free enough to make major changes in her career.

This statement is part of the destructiveness of competition. Competition is always about a comparison, a rating, a scoring of ourselves against someone else or against some imagined ideal.

It is pernicious, destructive, insidious and debilitating. The judgements we create internally because we are not number one, are like the barbed wires of a horsehair shirt worn by self- flagellating Jesuits.

Many people believe that anxiety improves performance. My long researched experience suggests that this is nonsense. That the only time anxiety is good for performance is if we are bored or tired or unmotivated – but more about this fascinating topic next week.

Of course there are positive elements to so called ‘healthy competition.’ It is exciting and we are addicted to excitement.

It also produces great skill and excellence and that can be very rewarding to watch.

It can also build a small ego into a big one, but it’s still an ego and an ego is a fragile thing no matter how big it gets.

So I ask, why on earth would you want to spend your life building something that is fragile and brittle by definition and that is so many light-years away from the joy of what we truly are?

Just about the entire educational system is based on the idea of competing and scoring – getting grades. Which is why I so love the Montessori principal that giving extrinsic rewards for an activity, such as grades for tests and winning in competition negatively impacts motivation to engage in that activity when the reward is withdrawn.

I have seen sportspeople who are number one in the world get depressed when they are injured. Why? Because they are addicted to the winning.

Haven’t you felt like this before? You want to give up if you aren’t rewarded extrinsically?

I am not saying that every competitor is like this. And indeed I believe that we are most likely to perform at our best when we forget about the winning. Carl Lewis, when asked how he was able to become only the second person in Olympic history to have won four gold medals in track and field at the Los Angeles Olympics in 1984, when there was such pressure on him from the American public to do so, said: “I didn’t have to.”

I have told this story to countless clients to illustrate how the having to win is to focus on the feeling of superiority one hopes one will get. The psychological work is to let go of this focus and to simply run or work or speak, for the joy of it. This is the key. My parents never talked to me about how to become fulfilled in my career. They just were interested in my success and so I was utterly miserable until I was able, at the age of 27, to find a career that had intrinsic and non-competitive (more or less) value for me.

I say ‘more or less’ because somewhere deep inside of my injured psyche, I was still comparing myself to Sigmund Freud or Carl Jung. In essence, competition is healthy in that it builds an ego, a good thing, but long term…dicey. It destroys confidence. It’s also exciting and fun, nothing wrong with that, except that it does make us somewhat bi-polar.

It also produces innovation and excellence, certainly fabulous. However, it is deeply destructive of our Self-Esteem in one are, it creates, in most people, immense performance anxiety.

My greatest on-the-go test of Self-Esteem runs as follows. And you can do it now, on yourself.

Of course you can sing, as long as your vocal chords are functioning adequately.

If you said no, you heard me saying: “Can you sing well?” You heard me through your Acquired Self-Esteem, which is a reflected in performance anxiety.

Do you know how many areas of your life are infected by this, every day!? It is beyond your wildest nightmare. Don’t just believe or disagree with me. Check it out for yourself. Notice every time you don’t say something for fear of looking stupid or of being criticised. That’s negative Self-Esteem. Notice every time you judge your appearance or fear it being judged by others.

Notice when you are writing an email or creating a new piece of work, you hesitate, fearing rejection.

I could go on and on. I won’t. Notice on your own what our deeply rigid culture of competition has done to you.

In love and power,
Mark.