“It isn’t money that makes the world go around, it’s our fantasies.”
Mark Peter Kahn 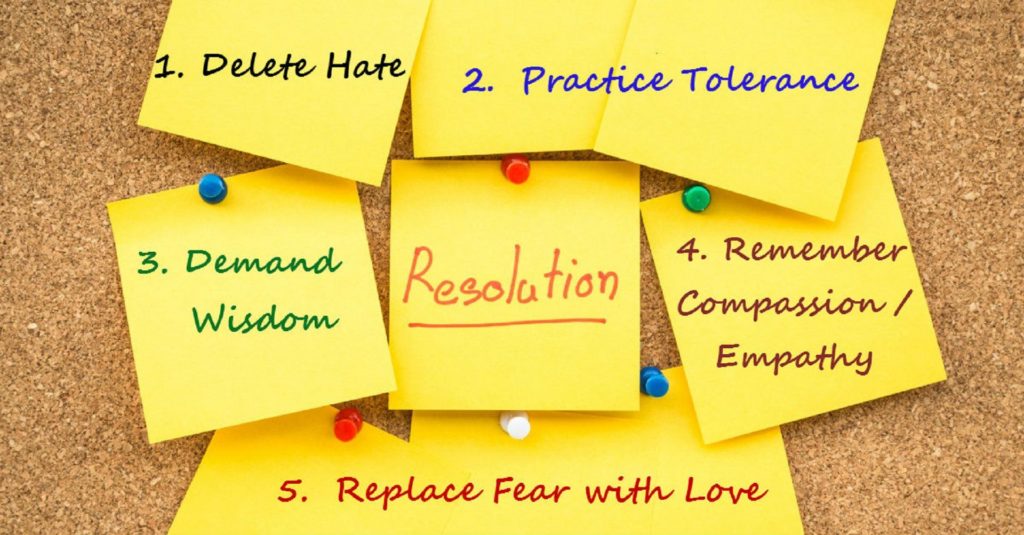 It’s often hard for us to distinguish fantasy from reality and the bigger the gap, the more we suffer.

Dreams about our future can be amazing and inspirational, but if we can’t actualise them, they are just fantasies and the consequence can be depressing, not to mention the impact on our Self-Esteem, which can be devastating.

Unfortunately most New Year’s resolutions fit into the ‘depressing’ category.

The official stats say that only 46% of New Years (NY’s) resolutions make it past 6 months and less than 20% have a lifespan of 2 years or more.

My personal experience says that these numbers are very optimistic!

In a word, NY’s resolutions are very difficult to sustain. 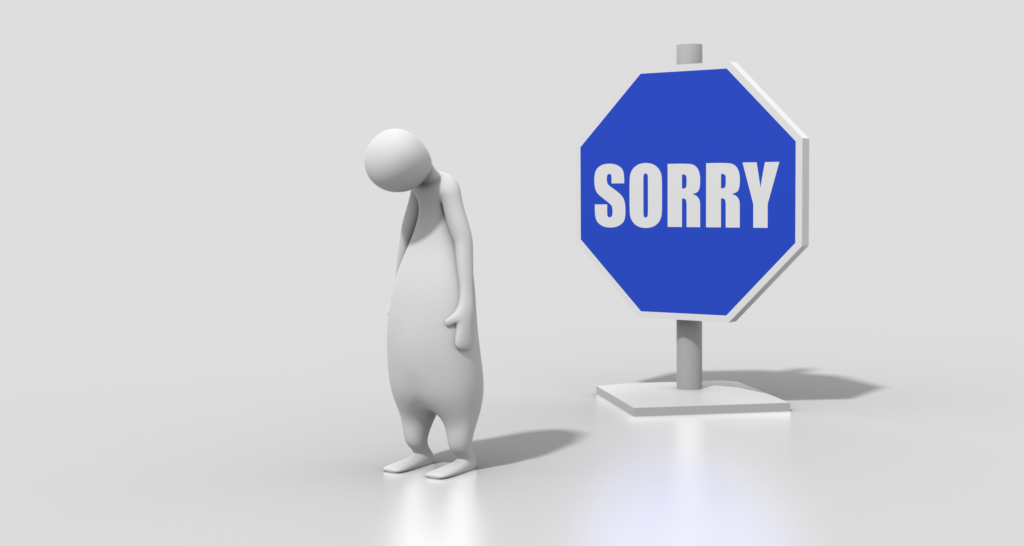 What does it mean to fail better?

I got this idea from Samuel Beckett, who said: “Ever tried. Ever failed. No matter. Try again. Fail again. Fail Better!”

It means, start dropping your fantasies of perfection. One of the greatest things I ever learned was to start embracing life’s imperfections and that includes my own character traits that I used to judge.

So when you no longer have the expectation that every resolution has to be carried out perfectly, you don’t set yourself up for disappointment and depression and most importantly you are less likely to give up!

Before I talk about how you can fail better and soften your rejection of failure, here is a list of the top 7 most common NY’s resolutions:

What’s so interesting about this list is that if you take #1 – lose weight – 95% of people who lose weight eventually put it back on, which means that even if you lose the weight, you ultimately are likely to fail, so if you are in that category of weight losers then what you need to do is rephrase your resolution as: “To lose weight and keep it off.”

Can you also see that you are going to need much more than a resolution to do this, you’re going to need a strategy to keep the weight off too? Most people overlook this.

And that’s one of the major problems with resolutions, most people don’t realise that often they need a great strategy to make them work.

So, why do NY’s resolutions fail so often?

There are a number of reasons.

Firstly most resolutions have been tried before and have failed before and if you don’t explore the reasons why they failed and dissolve those reasons then they’re bound to fail again!

The ‘reasons why’ – fall into a number of categories: 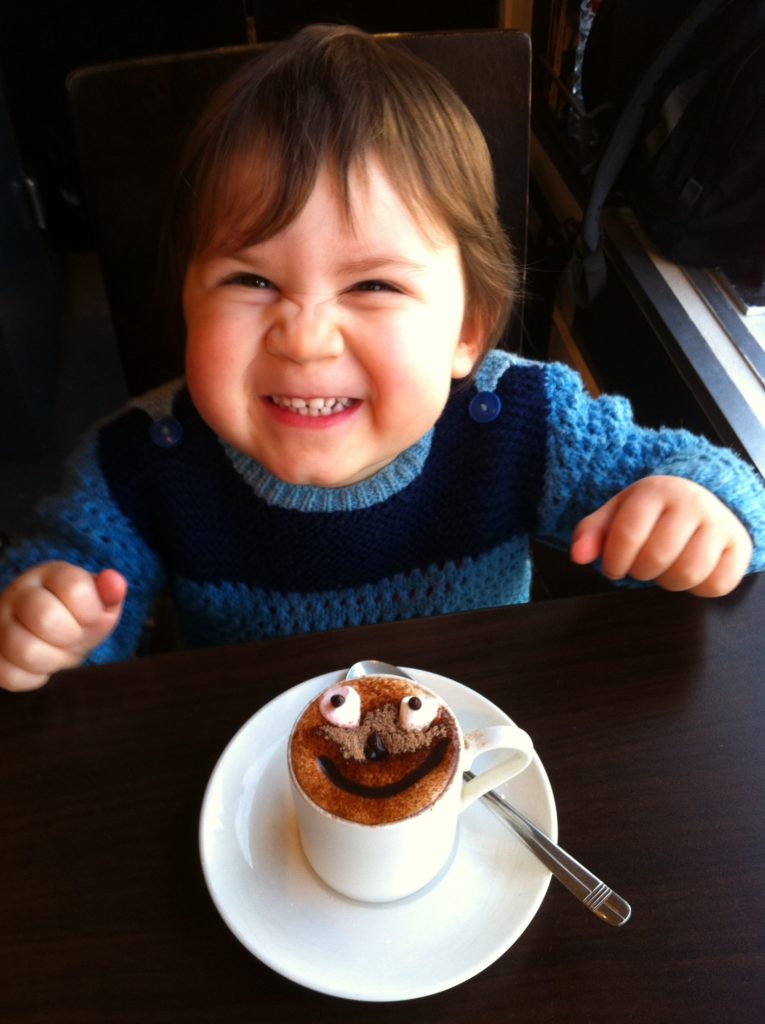 One of the greatest psychology experiments ever performed comes out of Stanford University.

Four-year-old kids were given a marshmallow and told that they could have two more if they didn’t eat that first marshmallow for 20 minutes. It was a test of their ability to delay gratification.

Of course most of the kids ate the marshmallow, the pain of waiting was too much for them and they were unable to look at the long-term gain of two marshmallows in 20 minutes time.

The most important part of the experiment happened 14 years later when they looked at the kids and found that the ones who had delayed gratification over the marshmallow issue had higher self-esteem, better relationships and were much happier in themselves.

I haven’t researched this but you can bet that the kids who waited 20 minutes are more likely to be better at dealing with the pain of sticking to a NY’s resolution.

In summary. Implementing a NY’s resolution is going to be painful. If you focus on the outcome, the long term gain, getting this to outweigh the short term pain, you are on the road to greater success!

#2 You don’t have enough desire. 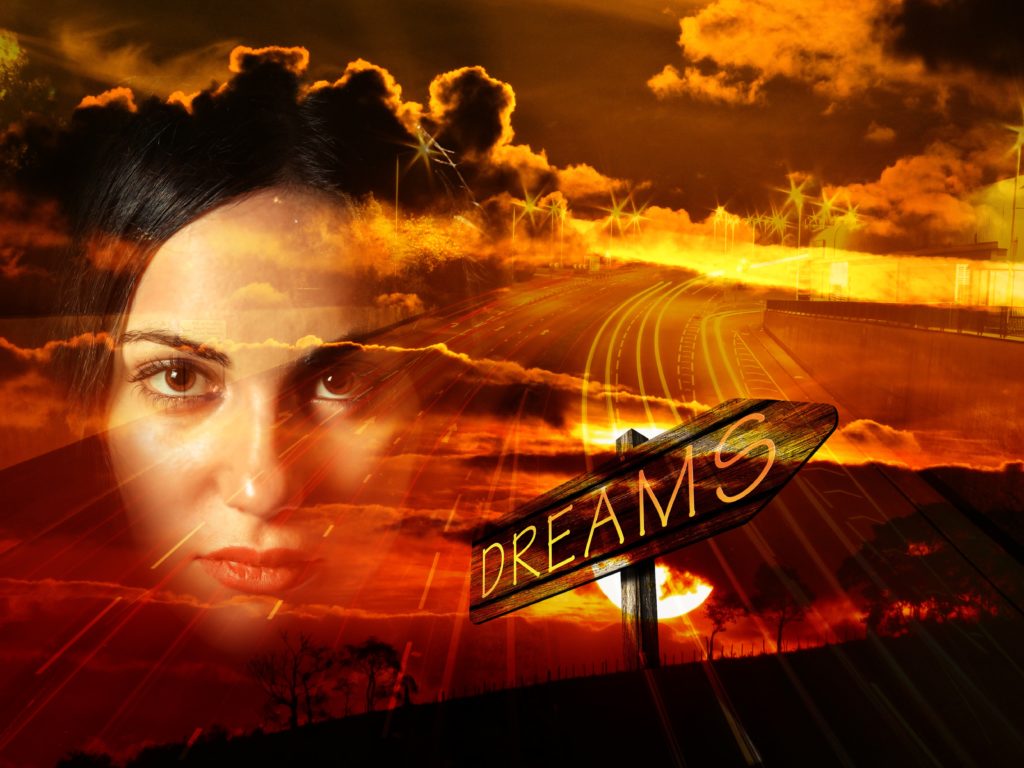 You can see that this is supporting long term gain.

Many years ago I ran a workshop and I was trying to show people how, if you have enough of a desire, a ‘reason why’ to do something, you will do it.

So I asked the group who would climb Mount Everest with me in six months time if I gave them $10,000? Only one guy put up his hand.

He was a rock climber!

That one person was a middle-aged mother.

I kept raising it to 2 and 5 and finally $10 million and still she wouldn’t budge, so I said to her what do I need to give you in order to get you to climb Mount Everest with me and she said: “Get my three kids into the best Ivy League universities in the US!”

If you are wanting to lose weight and you just think you are going to look cute or sexy and cute and sexy aren’t powerful enough drivers for you then you’re not going to do it. If you want to give up smoking because you think you will be more healthy, it’s not going to work.

When I gave up smoking all those years ago, I did so because I had severe bronchitis and suddenly thought: “What if this were to turn into lung cancer?!” and the terror of that thought was enough to get me to stop smoking.

So if you want to give up smoking you’ve got to find a big enough reason or series of reasons and really focus on them and then you need a really good strategy perhaps with mineral and vitamin supplements and a strategy to deal with your beliefs about giving up that are likely to derail you, such as “It’s going to increase my appetite and I’ll get fat.”

Let’s look at another example. If someone is really depressed then nothing will inspire them to do anything. They are just going to say: “What’s the point of saving money or giving up smoking, life sucks anyway you look at it.”

For this person the depression needs to be healed before any NY’s resolution is going to work. See a therapist or work with a self-help book – you might try mine – Love yourself for no reason! You will notice that I didn’t say read a self-help book.

The problem with most people is they read the book and they say : “This is interesting, this is useful,” but reading it is very unlikely to create change. You really, really need to work with the issues. Again it’s about desire. How inspired are you about this to do the work.

#3 Outline your strategy and dissolve obstacles to success. 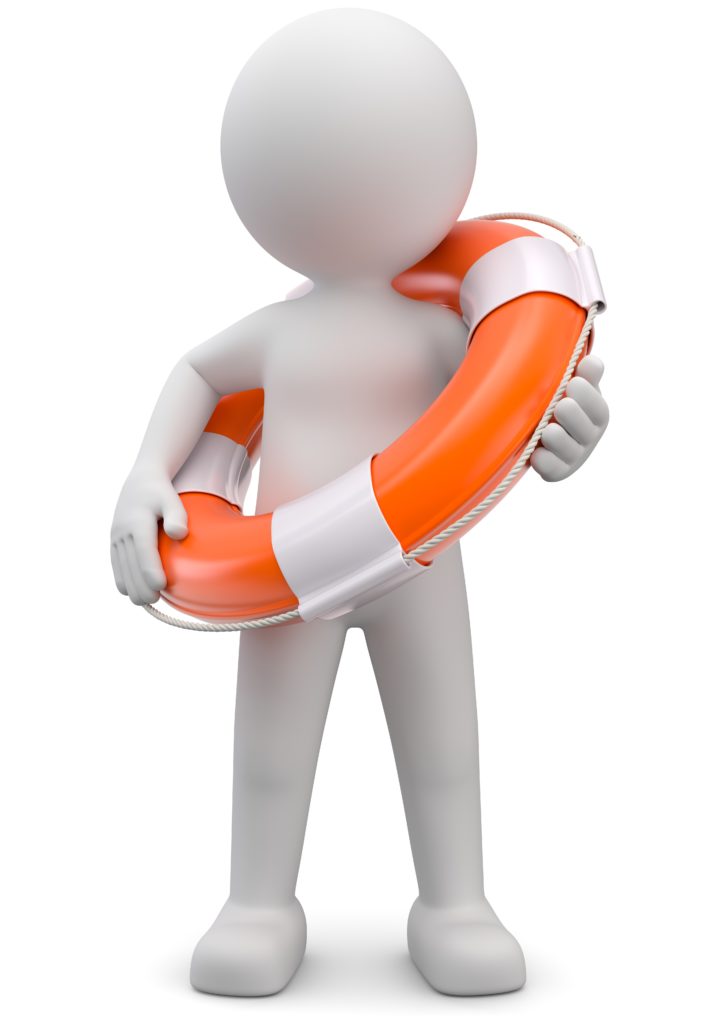 The more detailed and carefully laid out your strategy the more likely it is to work. So let’s say it’s about spending less and saving more.

You would have to very carefully work out what you are going to stop spending money on and again the benefit of saving would need to outweigh the pain of giving up the buying certain things. You might want to write down the long term benefits and really feel them as outweighing the short term gain.

Your strategy needs to include how you are going to manage the times when you want to give up and when you do give up!

Even the most successful people want to give up. In other words, the road to success is not a straight line graph upwards.

In addition, many people feel that if they have a lapse in focus and stop living the resolution, then that is a catastrophe and it means it over.

It doesn’t have to be.

When I gave up smoking I had probably 10 cigarettes in the first year. What is so important is that I decided that those 10 cigarettes didn’t mean I had failed, I had just temporary fallen off the horse, so I got back on.

To love yourself is to forgive your mistakes and then refocus.

Can you see that if you feel really guilty and persecute yourself for having one cigarette, you are more likely to go out, after your first slip up and buy a carton!

There is that lovely Japanese proverb, fall down seven times stand-up eight times.

This is also what ‘failing better’ means. It is embracing the imperfections and it is saying that success is not a straight line graph upwards and we can’t win every time. One of the reasons that we don’t do this is that we compare our insides to someone else’s outsides.

What does this mean?

It means that when we look at successful people we see the external success and we think that internally they haven’t struggled and failed and battled and felt negative, like us, but that is the projection of an unrealistic fantasy, that success looks perfect.

There is no such place as perfection on this planet.

There is just life.

One of the boast beautiful lines of wisdom I’ve ever heard came from a movie about the cowboy Wyatt Earp. His friend Doc Holliday is dying in hospital and Wyatt comes to visit him and Wyatt says to him: “All I ever wanted was a normal life,” and Doc replies: “There’s no such thing as a normal life Wyatt, there is just life.”

We think that normal people don’t struggle with failure and battle with downtimes and never give up. Embrace this reality and your chances of greater success – if not perfect – are much more likely.

If you are like me, maybe you want to give up on resolutions as a bad deal.

What I realised some years ago, was that rather than set goals and plan and try to manufacture a future for myself, I would rather listen to my intuitions and inspirations and simply learn to act on them spontaneously, in the moment, letting each moment evolve naturally.

This is to allow the present to unfold into the future in a natural way, rather than pushing and striving and straining to make it happen.

This year has been a beautiful one for me, in part because of the publishing of my book, which had no planning or ‘resolving’ in it. It simply unfolded, like a gift of inspired energy releasing itself through me. Which is not to say there weren’t times of doubt and negativity.

I just didn’t let the negativity derail me and I loved myself as best I could in the process. 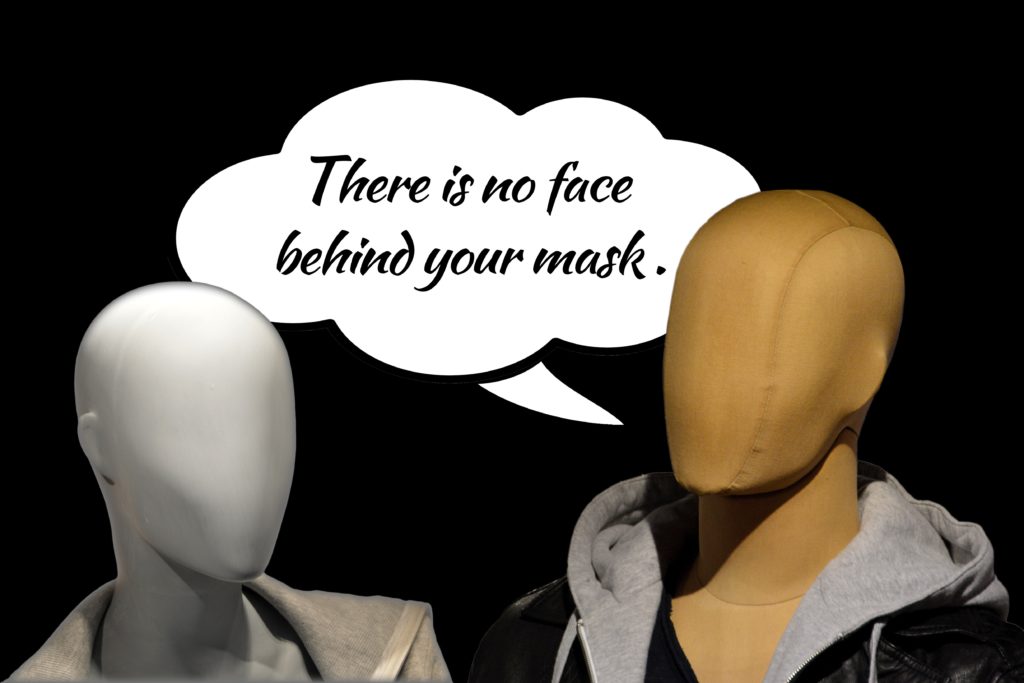 At this time of year everyone is wishing everyone else, peace and joy and prosperity…nothing wrong with that.

The problem with these wishes is that they exclude all of the beautiful negative emotions which everyone experiences.

Let’s take anger. I recently experienced some great difficulties in two friendships. These two really close friends where very angry with me but refused to meet and dialogue their concerns. I waited patiently, trying to meet with them for about 6 weeks, but getting no agreement on this.

One evening I realised that I was getting depressed and the reason was that I was trying to be too nice, too kind and more patient than I was really feeling.

I was repressing my indignation and hurt and anger.

To repress anger is often a pro-depressant, something that causes depression.

Releasing it or dissolving my sadness and powerlessness in love, in the face of their refusal to talk to me, just wasn’t working.

So I shared my truth, via email and text message – because they refused to do a face to face discussion – and my relief was amazing. To love my so called ‘non spiritual’ hurt and anger was truly transformative for me.

So…my wish for you this festive season is, honour and love and express your authenticity and integrity, no matter how un-spiritual it might appear and may you simply love yourself in the process no matter who judges, maligns or criticises you.