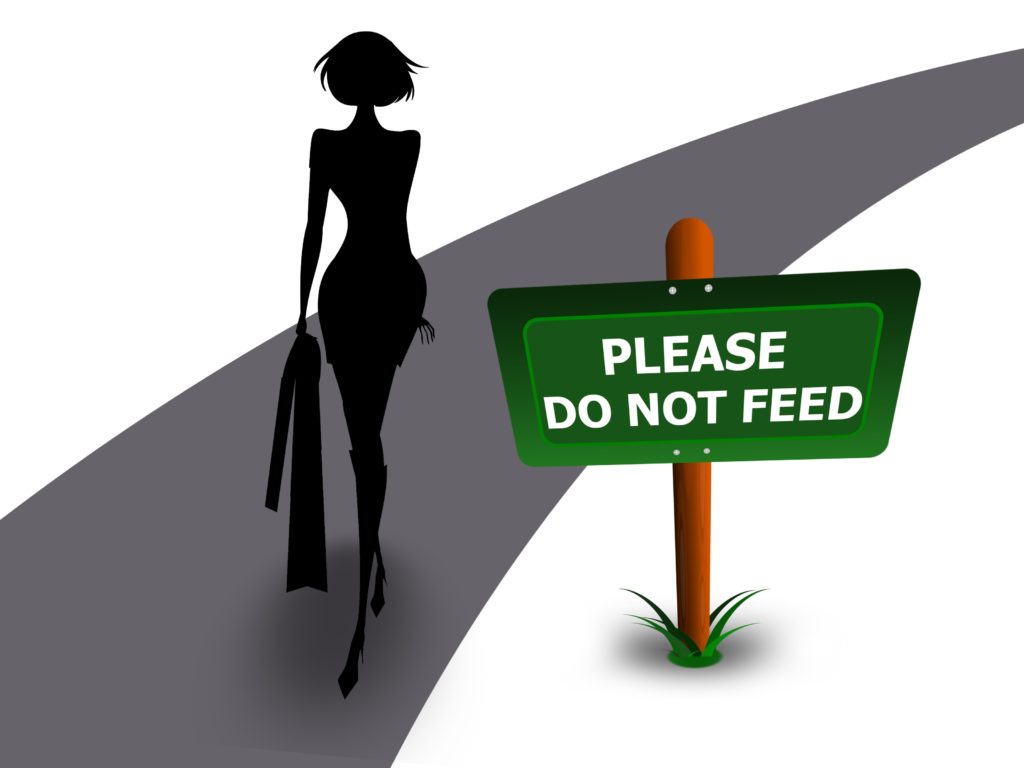 My mother used to say: “A woman can never be too thin or too rich.”

I had a very hard time convincing her that this was a sexist and indeed outrageous comment. She passed on at the age of 87, 6 years ago – bless her gifts to me –  but even if she had read my book Love yourself for no reason, I don’t think I would have had a chance on this earth of changing her mind.

We are all deeply conditioned beings.

Culture brainwashes us, convinces us that certain things are incontrovertibly true. We live in a prison, filled with the ideas injected into us by parents, teachers, friends and colleagues, big business, the government, the media. Rejecting your body, is a learned behaviour, yet we treat it as fact.

Most people believe their thoughts.

If you believe it, then you will fight to the death – and some anorexics do terminate themselves – to prove it.

Have you ever noticed how, when somebody is not loving themselves, they are running a deep and incessant story of self-rejection inside of them.

To believe a lie that someone else tells you about yourself, is to disempower yourself. As children, most of us are helpless in the face of the so called truths we are given. As an adult you can begin to turn this around.

You meet a friend whom you admire and they start telling you how guilty they feel and that they are a bad mother or a bad person and you tell them that you think they are amazing and wonderful in so many ways. Do they believe you?

No of course not, because they believe their own thoughts about themselves and they disbelieve you.

So who is right?

You can’t both be right.

How many men have been asked by a woman: “Do you think I look fat in this dress?” And the man doesn’t think she looks fat but what is he to say? What a dilemma!?

In years gone by I knew many women who would ask me this question: “Do I look fat in this…?”

Often I would raise my right hand and say: “I take the fifth Amendment” meaning I would reserve the right to not bear witness against myself. It never worked particularly well I must tell you but at least some laughter would emerge to lighten a situation filled with deathly tension.

In addition, we have very strong views about the world which we believe to be true. Even the most passive and disempowered people have very, very strong opinions about all sorts of things. 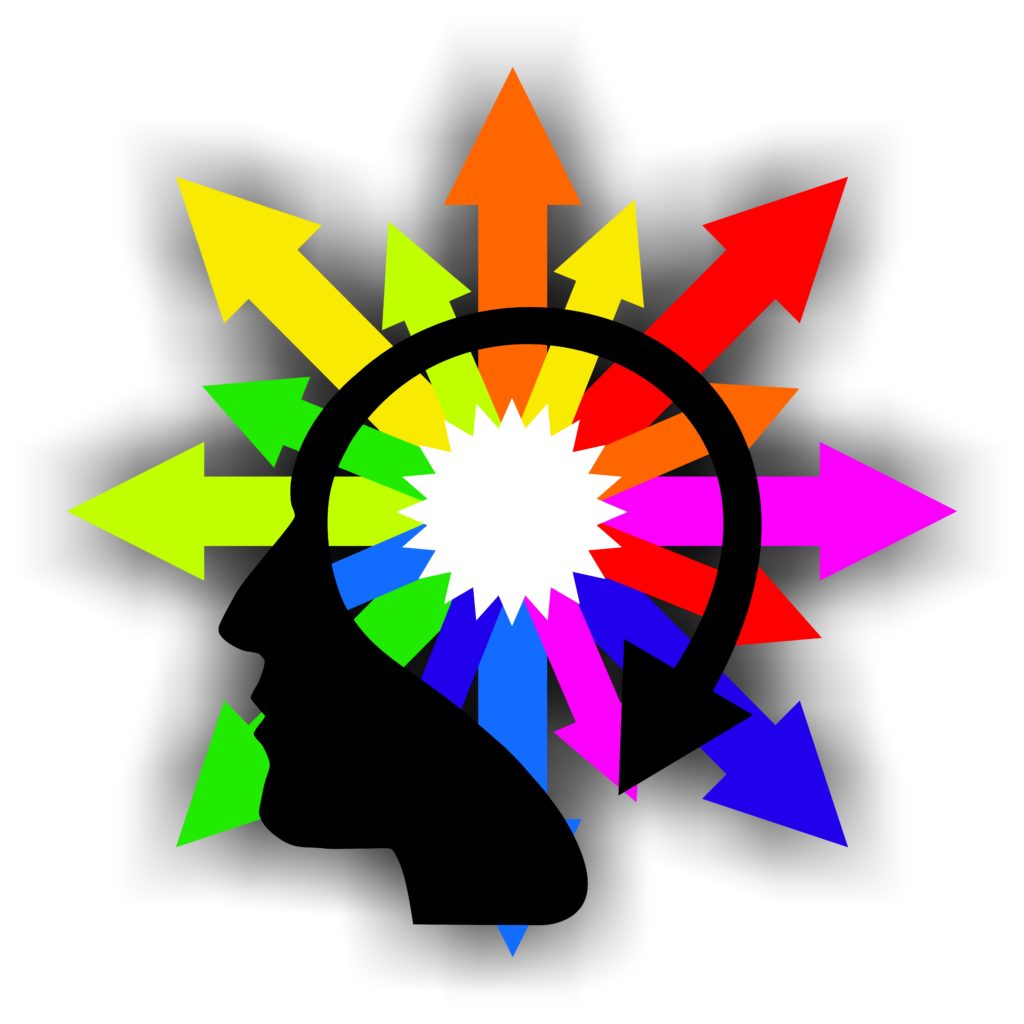 If we keep changing our mind and hence our thoughts and opinions about multitudes of issues then the original thought which we believed to be true, just simply can’t be true.

The mind can be a very, very unreliable place. Even as regards scientific fact the mind becomes a problem.

I recently read the famous scientist, Rupert Sheldrake’s book The Science Delusion, in which he dispels the idea that gravity and the speed of light are constants. It’s mind-boggling.

When you think you are too fat or you are too thin you may be deluding yourself about that too.

Are Our Thoughts ‘Ours’?

Are our thoughts really ours?

Most people are going to say of course my thoughts are my own, they belong to me, they arise inside my head. But are you absolutely sure about that? It’s my observation that a significant proportion of our thinking is conditioned, indoctrinated into us.

There was a time when most people believed that slavery was a good thing – at least on the slave owner side of the spectrum. It’s been repeated many, many times how homosexuality was glorified in ancient Greece and yet it became vilified pretty much worldwide until more recently when there’s been a movement away from this.

There was a time when nobody believed that women should have the vote and yet now that would seem ridiculous – in most countries at least.

In Medieval Europe overweight women were considered attractive and in many cultures now, the same such views are held.

Beliefs, our thinking, change with fashion and over time.

People don’t like it when I say that their thoughts aren’t ‘theirs’ at all because we like to think we are so independent, so free of other people’s opinions, but the evidence would suggest that we are  victims of the culture, the fashion and the times in which we live.

My book is entitled Love yourself for no reason! For most adults this is not an easy thing to do – to love themselves in this way. Why? Because we have been trained to believe that we have to earn love and behave in certain ways in order to be lovable.

The idea that ‘I’m not good enough’ is conditioned into us. It’s a lie which we have ingested and which we need to dissolve or let go of.

Kids do not spontaneously feel guilt. They do not naturally judge themselves as not ok. They are trained in the art of feeling guilty. In addition,

Very young kids have no interest in their body shape!

Which means that in whatever ways you are judging your body right now, that judgement isn’t the truth and it wasn’t made by you, it was learned.

It feels like it is you making the judgement but actually somebody else put that thought into your head. Hollywood, Bollywood, fashion magazine editors, the ramp model producers, the fashion designers, the airbrush technicians, social media and finally and I might add most importantly, your mother and father.

It is been suggested that nearly half of teenage girls are trying to eat less in order to get thinner. Anorexia and bulimia appear to be on the increase and men are not immune from this problem.

Thinness has for decades been praised in our culture.

I have seen countless female clients over the years who have been trying desperately to lose that 2 kg, or more, which they do lose and then put on and lose and put on. It’s a merry-go-round of hell and pain. Can you feel the self-torture you are inflicting on yourself when you do this?

Self-torture, what does that do to your Self-Esteem? 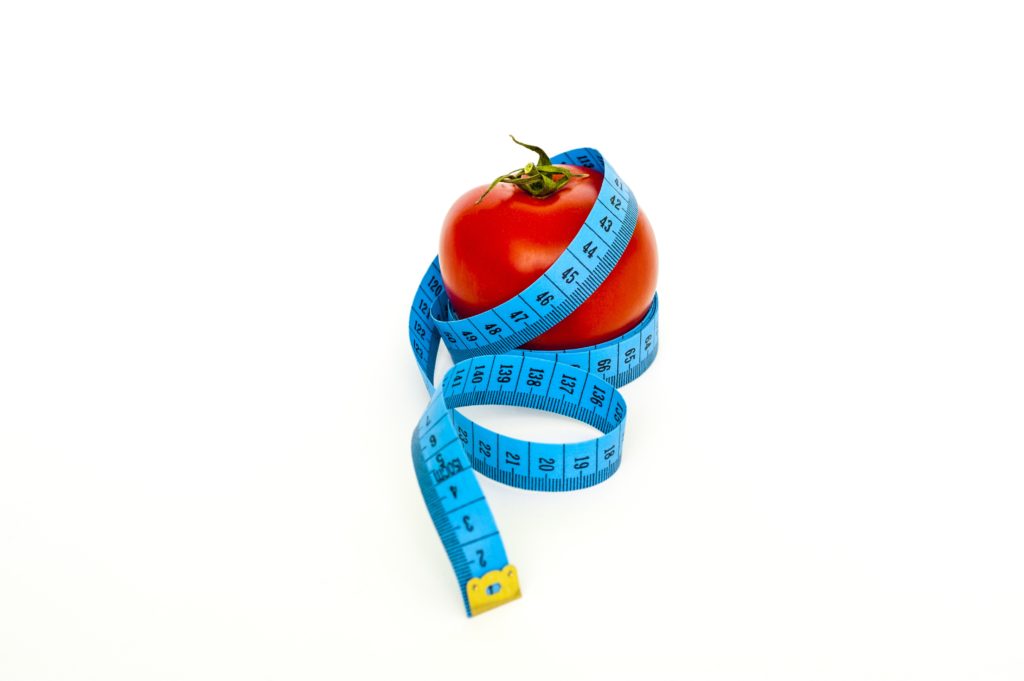 There is a really beautiful scene in the movie Notting Hill in which the hero, Julia Roberts, who is a multimillionaire actress in Hollywood, joins the argument around a dinner table of ‘ordinary’ people trying to tell the best story for being the biggest failure in life in order to win the last brownie on the dessert plate.

Everyone at the table is ignoring her because she’s rich and famous and beautiful and so obviously she cannot possibly be up for the award for the biggest failure and the character played by Julia says:

And the host rather surprised, says: “So you think you deserve a brownie?”

And Roberts replies: “Well a shot at it at least.”

She goes on to say: “I’ve been on a diet every day since I was 19 which basically means I’ve been hungry for a decade. I’ve had a series of not nice boyfriends, one of whom hit me and every time I get my heart broken, the newspapers splash it about as though it’s entertainment. It’s taken two rather painful operations to get me looking like this, (she points to her chin and nose) and one day, not long from now, my looks will go, they will discover I can’t act and I will become some sad middle aged woman who looks like someone who was famous for a while.”

There are many aspects around Self-Esteem, that are really extraordinary about this comment but I just want to mention a two. Firstly, being an admired movie star has monumental downsides and secondly being “hungry for a decade’ is self-torture.

Three of our most basic biological drives are to breathe and to drink and to eat. The conditioning that says you have to be thinner can override the biological survival mechanism involved in your desire to eat.

You might be thinking ‘Does he want me to stop dieting?’

Well, that would be taking an extreme position and I’m not going to do that. To see through the lie that your body isn’t okay as it is, takes significant work, not that it wouldn’t be a great idea to start doing it!

For now what I would suggest is the following.

See if you can begin to take the desperation out of the dieting.

There is a lovely line from a book by Tom Wolfe called Bonfire of the Vanities, in which this Wall Street broker is being urged on by a subordinate to quickly get to the telephone to do a big deal with someone in Paris. The broker is very casually taking off his jacket and then rolling up his shirt sleeves while the subordinate panics.

The broker then says to the subordinate: “A desperate salesman is a dead salesman.”

I love the line so much because desperation is one of the defining features of low Self-Esteem. To begin to see and loosen and soften your desperation around any aspect of your life, let alone dieting, can be deeply transformative.

Are you a dictator? 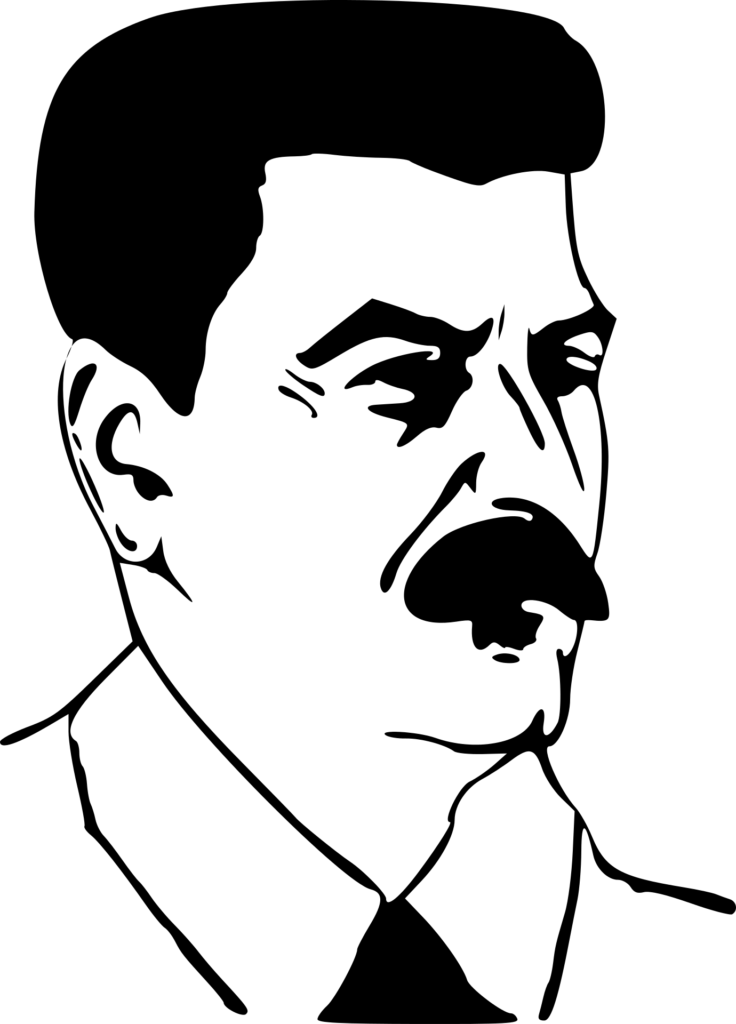 Don’t be a dictator. I don’t recommend that you tell yourself to ‘Stop being desperate!’

That’s what people do so much of the time, trying to talk themselves and others out of their feelings and it’s just a little bit crude and simplistic and most importantly it seldom works.

I suggest you very gently begin to notice your desperation to really, really see the history of desperation you have lived with around the losing and putting on and losing and putting on of weight, this endless awful cycle and slowly begin to see that you are probably kidding yourself if you think that this diet, this driving pushing project that you are on right now, is likely to fail and so you can still do the diet, but in a slightly less desperate way, a softer way.

You can also, very slowly begin to see that many thoughts, including” “I should be thinner” are just not true and begin to dissolve the lie in wisdom, embracing freedom, beyond the slavery of conditioning.

There is one further thing.

I have a chronic fatigue problem.

I’ve had it for decades my diet is very restrictive and I’ve always been thin, but this diet has made me even thinner and many people comment on this. Given the diet, it’s very difficult for me to put on weight. People have said to me: “But you’re too thin Mark” and then I’ve seen pictures of myself where I look too thin and I’ve noticed myself judging my body, really, for the first time in my life and with the assistance of my Self-Esteem work what I started to say to myself is: “This is me. I am now a biltong type.” (Jerky if you’re from the US).

Then, as I open my heart I feel my way into the phrase: “I’m just going to love the way I am and not believe the judgments. I reclaim my power and love of myself!”

If you do this, you’re now dieting but from a more loving and accepting place. You might find that you get different results, on the inside and on the outside.