Of course your motor vehicle is more dangerous than ISIS.

If you just look at the numbers of deaths caused by motor vehicles, you would have to consider them as weapons of mass destruction.

1,25 million people were killed in 2016 by motor vehicles worldwide.

25,000 people were killed by terrorists worldwide during this time. What is really interesting is that the majority of these attacks occurred in Arab States.

A motor car is 50 times more likely to kill you than a terrorist.

And not just ‘by the way’, 50 million people died in WW II. This is less than all of the people who have died worldwide from motor accidents in the 70 years since then.

If you live in the UK the statistics change drastically. Since 2000, there have been on average seven deaths per year due to terrorism – which, according to research, means you’re more likely to be killed by dogs (18 deaths per year) or hot water (100 deaths per year). 1,792 people were killed in 2016 in motor accidents.This makes death by motor vehicle accident 256 times more likely than by terror attack.

I have not seen experts on CNN pleading for ways of preventing death by hot water or motor cars of late!!!

The problem is, that in our heads, in our psyche, it isn’t just about the numbers.

Carl Rogers is a world-famous psychologist who developed a method called Client Centred Therapy. I was astonished by a comment of his that I read when training many years ago. He said that human beings are “incredibly rational.”

He is absolutely wrong.

We are rational at times, no question, but under pressure we are mostly, supremely and magnificently irrational.

Why Are We So Frightened Of Terrorists? 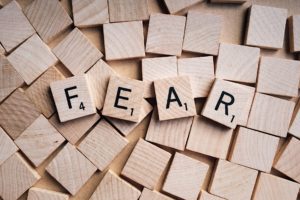 So the question arises, if statistically motor vehicles are so dangerous, yet most of us are happy to ride around in them under severe threat of being killed, why do terrorists get all the attention and all of the fear and paranoia?

I think it’s about control and judgement.

I’ve run many workshops where I play a game with the participants. At the beginning of the process I say hands up who of you are control freaks and usually about 10% raise their hands. I then spend the next 15 minutes illustrating all of the ways in which we are desperate to maintain control over our lives and the lives of others.

If you just think of the three most significant people in your life and you write down all of the things that irritate you about them, which you are trying to control, (irritation with anything reflects a need to control – change – that thing) you will begin to get a glimpse of the extent to which we are all control freaks.

It’s part of the human condition.

Quite simply we feel much more in control of our motorcars than we do of some wild and maniacal terrorist who is going to blow up a shopping mall, anywhere any time.

Most significantly, terrorism gets all of the airplay in the media.

Let’s not forget too, that motor vehicles are status symbols. They are designed to look appealing, beautiful, desirable.

We want to possess them, quite ironically, in order to feel better.

When we buy a beautiful new car, we don’t say to our friends, “Isn’t my weapon of mass destruction fabulous?

Terrorists on the other hand look frightening. They dress in black, carry swords and machine guns and they blow things up.

It’s really all about psychology. It’s not about the facts.

According to Johns Hopkins University, iatrogenic illness – doctor induced death due to medical error –  is considered the third largest cause of death in the United States behind heart attack and stroke.

Doctors save lives and they also kill people. They are 10 times more dangerous than terrorists but they look benign, in fact they are so deceptive that they look like they going to help us not kill us, which of course they do, some of the time!

Perhaps most importantly, a significant number of westerners see terrorists as evil.

No one sees a motor car or a doctor as evil.

No one keeps a terrorist in their garage or consults them when they are ill!

The point is, that when you label something as evil, you will run in fear from it and get angry at it, so the judgement of terrorists as ‘evil’ makes us more frightened than is reasonable. Our resultant anger makes us ready for war.

So we have a ‘war against terror.’ We don’t have a war against motor cars!

There is a very famous interview with Madeleine Albright, Bill Clinton’s secretary of state, who was responsible for implementing sanctions against Iraq in 1990, which supposedly lead to the deaths of 500,000 Iranian children. Some years later she was asked if she thought it was worth it.

In an interview, again some years later, she very defensively admitted that she had made a “terrible mistake.” 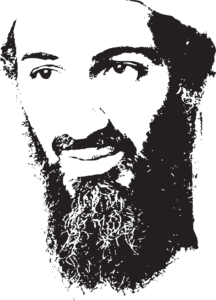 Osama Bin Laden killed 2,977 Americans. Albright and Clinton perhaps killed 500,000 Iraqi children. Who is worse? The terrorist or the Americans?

This 500,000 figure has since been disputed. It has been suggested that child mortality as a result of the sanctions did not increase at all and that this figure was merely a distortion of the truth by Saddam Hussein.

But even if it isn’t true, if you lived in the Arab world and you heard Albright’s statement that she thought the deaths of 500,000 Iraqi children was worth it, how would you feel toward the US? 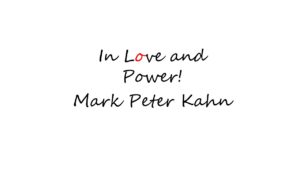 If you would like to meet face to face or via Skype to discuss any of the issues raised in this blog, drop me a mail at realmark@icon.co.za