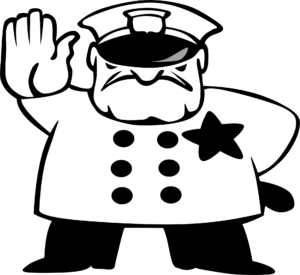 The worst thing my parents taught me???!!!

Treat everyone the same.

Be respectful, responsible, reliable, considerate…. To EVERYONE!

So why do you treat people the same way?

Every situation in life, every person you meet requires different responses. To treat every person and situation differently is wisdom. My parents didn’t teach me wisdom. They taught me rigidity.

I’m not judging them. How would they know?

It took me 30 years to really understand what this is all about and I’m a psychologist!

People come in many forms and guises. They come softly and gently, with kindness and sensitivity and warmth and generosity.

Treat them with sensitivity and kindness.

They also come with anger, violence, malevolence, manipulation, exploiting and maneuvering, deceiving and brutality. To treat softness and malevolence, equally, is not wisdom.

Treat them with skillful toughness, callousness…be offensive to them!

This is interpersonal Power.

To treat everyone the same is unskillful.

More than that it will destroy you.

Your vitality and power and aliveness. It will deepen your anxiety.

By power, I don’t mean ‘over’ others, I mean having enough interpersonal power to manage those who want to ‘overpower’ you.

It is about having the appropriate energy to manage threatening and critical people, malignantly manipulative and unreasonable people, hostility, difficulties, adversity and problems.

Power and anxiety are, largely speaking, reciprocal. The more interpersonal power you have the less intrapersonal (on the inside) anxiety you are likely to have.

In IPA (Interactional Pattern Analysis) terms, ‘Are you effectively in control of yourself and your environment or are you letting the world control you? Are you simply reacting to what others do without choice or control or are you responding and choosing the appropriate response.’

Are you being sensitive toward others irrespective of how they are behaving toward you? Are you letting others manipulate and exploit your kindness and sensitivity and what is it costing you?

One of my clients sent me one of those ‘inspiring quote’ pics the other day.

The intention behind it was lovely but it’s not remotely wisdom.

Here are some extracts.

I know that to help heal others, I must first heal myself.

I replace guilt with acceptance.

I exchange fear for love.

I know that in every situation, love and kindness is the answer.

Putting it quite simply, love and kindness are not the answer in “every situation.” 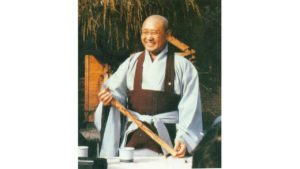 I met an incredible Zen master named Soen Sa Niem many years ago.

There is a wonderful story in one of his books written by one of his students, where they describe how on one of his retreats there was an adolescent who was behaving really badly and disrupting the experience for everyone.

They tried all of the compassionate and kind and loving strategies they knew to help this kid to calm down and be more reasonable.

Kindness and support were not the answer.

So they kicked him out.

It was tough and it was brutal and offensive, but it was the only way to get the required result, that was good for everyone else!

A few days after the kid was kicked out, everyone was having lunch and they saw him walking down the road toward the dining hall. They all froze, except Soen Sa Nim.

He got up quietly and in a very relaxed way, walked up the road toward the kid and without touching him, started yelling and screaming and doing karate kicks directly in the kids face. The kid panicked and fled. (From my work with SSN I know that he was just pretending to be angry, which I will talk about shortly.)

Soen Sa Nim came back, sat down and casually continued eating. Finally one of the students plucked up the courage to say to him, “Soen Sa Nim, surely a monk shouldn’t behave in such a manner?”

He smiled and said, “Sometimes demons only understand demons!”

The assumption that a monk – or anyone else for that matter – should always behave in a loving and kind and gentle way and that this is a good thing, is quite simply…crazy…unskillful…and ineffective.

This assumption is a disaster because it’s creating a false ideal.

Offensiveness, brutality and harshness can be very skillful, wise and self and ‘other’ protective.

In kicking out the anti-social adolescant, Soen Sa Nim was loving the other retreatants!

When I discussed this with the client who sent me the inspirational quote, she agreed with me. She quoted the prophet Muhammed as saying that sometimes war is necessary to protect one’s people and one’s faith. 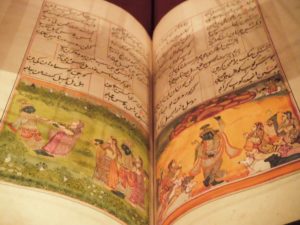 In the Bhagavad Gita – the Hindu bible – the prince Arjuna, does not want to go to war against his relations. His teacher Krishna says,

“You have to understand my friend that sometimes you have to fight against even your loved ones for what is right.”

In many situations it is absolutely necessary to be brutal and cruel in order for us to prevent others from abusing, manipulating or controlling us.

It has been very popular for centuries to speak against war and I support these efforts wholeheartedly, but since Cain slew Able, human kind has had a somewhat strong predilection toward it and it is often the wisest thing to do.

If you are dealing with a 1* persecutor then you need a 1.1 * boundary, to not be overpowered by them.

If you don’t want to be overpowered in life, best you begin to honour and love your offensiveness, toughness and brutality so that you can be appropriately boundaried.

There is that beautiful quote from an 8 year old girl named Lara, “People will never stop fighting wars, they can’t even get on in blocks of flats.”

One of the teachings from this beautiful piece of wisdom is that if you think being loving is always going to neutralize aggression and manipulation you are deluded and to be deluded is to live in a world of fantasy and fantasy is the opposite of reality and one of my best quotes ever comes from Adyashanti.

He says: “Everyone fights reality and reality wins…but only every time!”

What is really important here is that being offensive does not mean you have to be aggressive, in fact I am not recommending aggression at all, but I am not saying aggression is bad.

Anger is not just a feeling.

Anger is also energy and unreleased anger is often a traumatic freeze response that creates anxiety and depression. It gets stuck in the body.

However, you can be offensive and brutal and very, very calm, without judgement, though doing so is not easy.

I have a client whose mother keeps phoning her at work, disrupting her day. She keeps asking her mother not to do this. Her only option is to get brutally tough by not taking her calls and then texting her to say she has asked her to call her outside of office hours and so she is not going to take her calls at work in the future.

The point is that this client resisted being this tough for a long time, raising her anger and frustration to boiling point, while creating frozen anxiety and depression at the same time.

Why did she wait so long?

Because she felt guilty about being this tough.

Why did she feel so guilty?

Because she thought that being this tough and brutally harsh, was a bad thing.

Over and over and over again I see managers in business being too soft on difficult employees. The said employees, arrive at work disengaged, they don’t work according to their job descriptions, they are disruptive and cause immense problems in their teams and management pussyfoots around them.

In essence, managers are too kind to these people.

Ultimately they are forced to get tough and they then go to the extreme of aggression and undignified criticism of these problem staff members.

In summary, I’m not recommending brutality, in a general sense.

I’m also not recommending kindness in a general sense.

I’m recommending the skillful use of kindness and toughness, when appropriate.

It takes great wisdom to do this.

There are deep implications to resenting and rejecting our brutal traits.

Firstly, it makes us too nice. This ‘niceness’ means that our anger and resentment gets repressed, bottled up and then it explodes into unskilful anger or it creates immense internal anxiety and ultimately depression.

So we swing from one extreme to the other.

Secondly, it’s bad for our Self-Esteem. Everyone has the capacity to be hard and tough. If you judge and repress this trait, you are rejecting a part of you.

I decided at a very young age – that’s me at 4 years old in the pic – to be a nice guy. I spent decades thinking I needed to be nicer and realized that all I was doing was trying to be something I am not.

Of course I can be kind and gentle and empathic, but I also have a very strong tendency to be pedantic and pushy and driving. This isn’t a bad thing, but I was behaving as though it was.

Realizing this has enabled me to be more relaxed about being tough with people and because of this I can do it more skillfully, with less aggression.

To love your brutality frees you up to protect yourself and get what you want, respectfully.

Of course there is a serious hidden danger in this last statement. You might think that if you don’t do it respectfully, that’s bad.

We are human. We can’t expect to get it ‘right’ all the time.

The Girl With The Dragon Tatoo

There is a wonderful movie called The girl with the dragon tatoo. The hero comes up against this psychopath. He is visiting the home of the latter and he’s not there. The hero waits around until the psychopath comes home. He’s invited inside. When they are in the kitchen the psycho grabs a knife and leads the hero into his basement with the knife at his throat. He ties him to a chair and tortures him. He pauses during the torture and says this brilliant line. I have edited it: “You knew that I was a bad guy but you let me invite you inside. You people are all the same. You are more frightened of offending others than of being abused.””

This is utter genius. If you reject the trait of offensiveness you are inviting the ‘brutes’ of the world to overwhelm you.

To paraphrase Demartini again, “Traits such as offensiveness are still around on the planet because they are necessary for survival. If they weren’t, they would be extinct!

If you want to survive and fell energised and powerful and healthy, best you own these ‘positive’ traits and flourish.

Out of IPA I created a model called Empathy Training. Our culture and especially our close relationships really, really need more empathy but life is a complex game. If you gave empathy to Donald Trump, he would squash you like an ant! 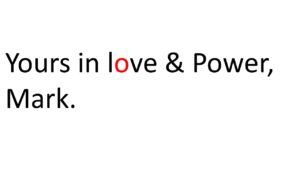 If you would like to meet face to face or via Skype to discuss any issues raised in this blog, drop me a mail at realmark@icon.co.za