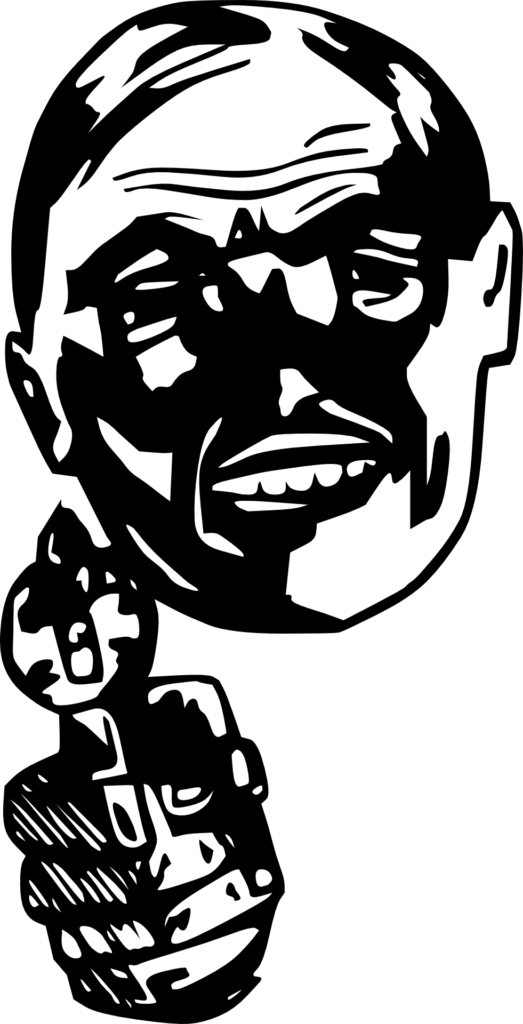 I got smash and grabbed at gunpoint Saturday night a week ago.

I pulled off the highway –  rather foolish it would seem – just before the entrance to OR Tambo International Airport. I was a little early to collect my partner Suzie from her plane trip from Cape Town and I didn’t want to get chased away at the arrivals point by security. A couple of minutes after pulling over, there’s this incredibly loud bang and I turn and see a guy standing at the passenger side window, having broken the glass, with a gun pointed at me.

My moment of truth.

I’m facing potential death. My anxiety was immense, partly because of the shock of the noise which was really very loud.

He asks me for my belt. I’m thinking what on earth does he want the belt for, to hang me?

I show him that I have no belt and then there’s this most fascinating sense of just noticing my hand moving toward the gearshift and I start to pull away and see him running down the embankment away from the highway. It didn’t feel like a decision at all. It just happened.

Perhaps Pure Consciousness did it to Mark?

I have this immense pain in my lower back as I drive away and wonder if it’s muscular or my kidneys. Within two minutes I am at the departures section – the pain has dissipated –  and I borrow someone’s phone to call Suzie to tell her that she can’t text me because I don’t have my phone. She arrives and she is very upset for me, quite obviously and we hug and she says “But you look okay” and she’s right. Almost all of the anxiety has gone. I feel a somewhat distressed but nothing more than that.

I go into the airport building to get some toilet paper to clean the glass off of the passenger seat. I want Suzie to drive so I can do TRE – an amazing process where the body initiates a tremor response to release the trauma that is trapped inside of it.

So for the half an hour’s drive back from the airport I’m sitting next to Suzie with my body shaking and releasing all of the shock and fear that is left inside. We had agreed to go out for dinner and I’m hungry and so we do and off to Turn ‘n Tender we go, where I have a fabulous hamburger.

There is some anxiety in me but it’s minimal. Mostly it’s the picture of the gun – staring down the barrel, not feeling very brave.

Now we get to the really fascinating bits.

I got hijacked on 16th June in the year 2000 in the Rhenosterspruit Nature Reserve where I lived at the time, about 25 km north of Johannesburg. About two hours before the hijacking I felt really anxious and very depressed in a really hard to define, unusual kind of way.

On the morning of my OR Tambo smash and grab I had the same kind of feeling but didn’t link it back to what happened 16 years ago. It was only after the event that I realised that somehow my body/mind knew that something really traumatic was going to happen.

And just by the way, when people describe their traumatic events, they often do weird and ridiculous stuff, like pulling over to the side of the road on a Saturday night. So here’s a tip don’t ask them why they did what they did and don’t in any way suggest that it was ridiculous.

One of the major symptoms of trauma is that people experience guilt. If you question their actions it will probably increase their guilt and exacerbate the trauma. When I told a friend my story he said: “Oh that happened to my wife and she grabbed the guys arm and drove off, dragging him along the road.” So immediately my mind says: “I should have done that!” And potentially I feel bad, or stupid.

I obviously couldn’t have grabbed the guys arm, because he was on the passenger window side, but nevertheless the mind looks for ways to crucify itself. That’s its nature.

Is Anything All Good or All Bad?

In addition, I mentioned earlier that pulling over to the side of the road was “seemingly rather foolish.” Why seemingly?

Because there were immense benefits for me in this experience. I have deepened my sense of resilience in a situation like this. To have almost zero trauma 2 minutes after the event is very affirming of my growth and Self-Esteem and the insights I will share further with you now, have been great blessings for me and presumably will be for many of my clients dealing with trauma in the future

We are in too big a rush to claim that events are all good or all bad.

The next really interesting thing is that the day after the trauma, having slept really well that night, I had just the faintest bit of anxiety when I thought of that gun pointing in my face. I now want to discuss this issue.

One of the best ways to describe how trauma impacts people is illustrated in the following example:

A woman is walking down the street and a guy runs past her and in a split second snatches the necklace from around her neck and is gone. She hardly feels a thing and only really notices what’s happened when he is 20 feet away. She’s just mildly stressed by the event.

She then bumps into a friend and tells of the story and the friend says: “Oh my God but he could have killed you!” And the woman goes into full-blown trauma. So one of the major components of trauma is that it is the perception of what happened rather than what actually happened that sometimes creates the traumatic symptoms.

I say “sometimes” because if there is physical violence involved or if the traumatic incident is protracted, it’s going to be very difficult to apply what I did.

The Gun Could Have Been a Marshmallow! 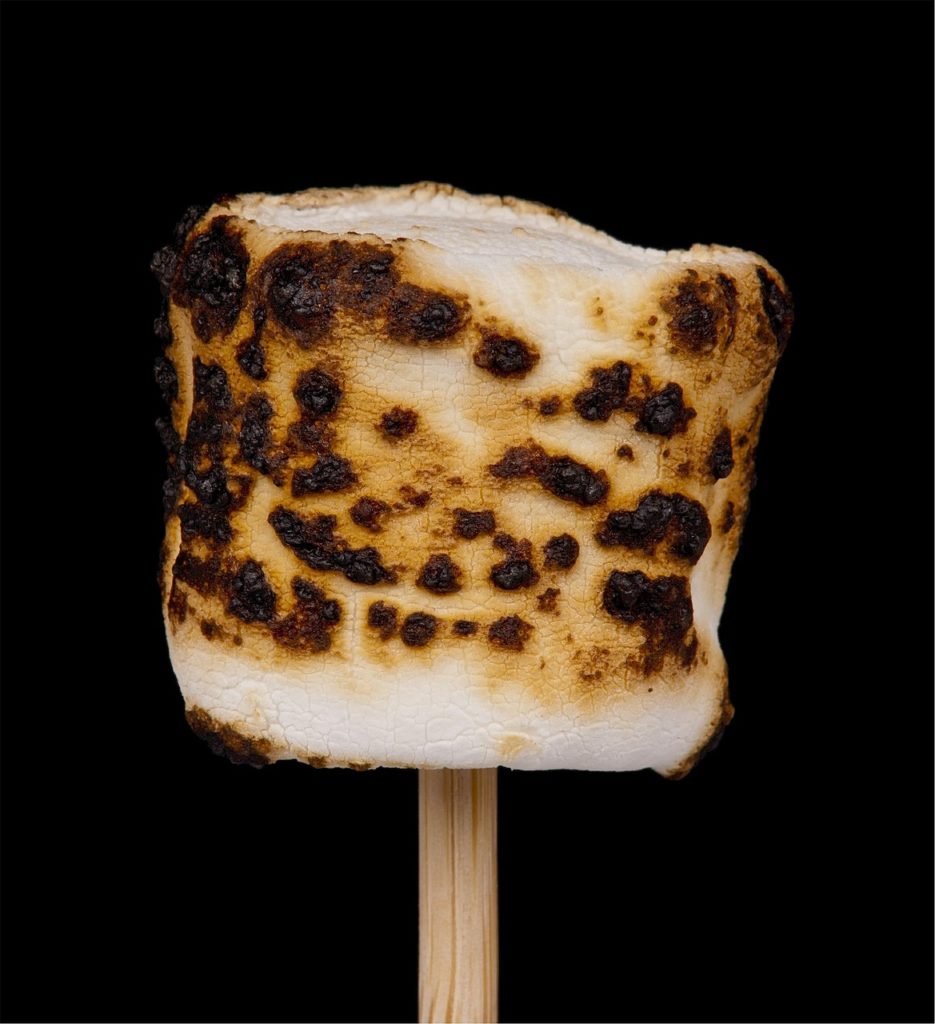 What I realised the next day is that gun in actual fact was completely harmless because he didn’t pull the trigger. It could have been a marshmallow, or a book, or a handkerchief. And so it is only my perception which is making me anxious which says: “Oh my word I could have been shot.” This is not reality. It’s a virtual reality created in my head which then becomes my neurosis, if I believe it.

As soon as I realised this the anxiety dissipated entirely.

And here’s the really big thing. You know a couple of weeks ago I talked about the stories we create in our minds about life. These stories are not reality, they are stories about reality.

And we do this about everything!

How many times in your life have you panicked about money and ultimately it all worked out, or a health issue, or a career or work issue?

The problem is, that it isn’t always alright. The stories do sometimes become reality. People do go bankrupt and never recover, people do get sick and they do die, relationships do end painfully and badly, which is one of the reasons why I think we go on making up stories and believing them! 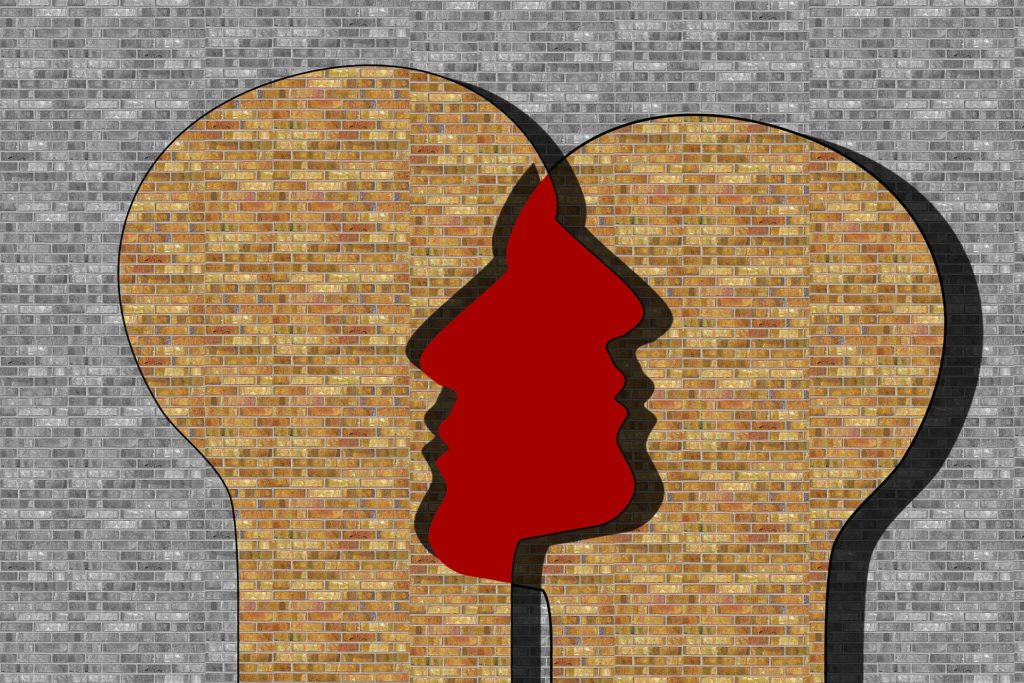 Nevertheless, the more you can let go of your story, your commentary, the more freedom from the suffering there is.

A lovely question you can therefore ask yourself as you go about any day, is?

What would it feel like to drop the negative perception I am creating now?

What was so wonderful for me in this whole scenario, was that the day after the traumatic OR Tambo incident I felt better than I did the day before, when my body was waiting for the incident to happen.