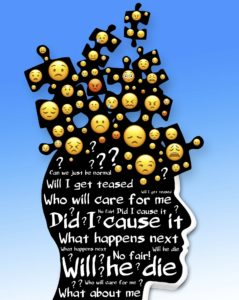 Guilt is the serial killer of the psyche, the axe murderer of the soul.

When we feel guilty we are chopping up our inner joy and power and scattering them to the wind for the world to do with what they will.

And believe me, they will!

Guilt is not natural.

It is programmed into us by our parents our teachers, our elders.

This programming is for them, not us.

This programming sits in the Cerebral Cortex, the thinking brain, in the Limbic System, the feeling brain and in the Brain Stem, where our fight-flight-freeze response resides and in the body!

Most psychotherapy works with the thinking mind – I call it Cerebral Cortex Therapy – and with some of the Limbic System.

It is much more effective to work at deeper levels and with the body.

Over the years, when I have been helping my clients to release their guilt, I so often hear them say, “But if I’m not guilty, then I will stop being kind.”

Can you hear the insanity of this?

We have been taught to believe that there is no inherent goodness in us, there is only badness and evil inside of us, no great love and joy and creativity, just sitting there, waiting and wanting to emerge.

That is not my personal experience.

Yes, no question, guilt does often promote acts of kindness, but and this is a very, very big but, the kindness we express if we aren’t riddled with guilt, is far more energised and authentic when we dump the programming that says that there is such a thing as badness in us.

The kindness that comes from guilt is woven through with panic, the fear of rejection. It is flawed and impure. It’s not a bad thing, it does help others to some extent, but it is still a Rescue, unskilful compassion, an attempt to fix and make better, out of a sense of not being good enough, out of a fear of conflict and rejection.

What is so fascinating about people who live with a great deal of guilt and shame is that they are trying to eradicate their selfishness, their failures, their negative and angry thoughts, their aggression, their manipulativeness…and they fail. You can’t eradicate these qualities. When you do this you are trying to be a better person or more ‘spiritual,’ and you are just repressing and by-passing the pain.

So here’s the thing.

We are supposed to reject others, to be unkind, angry and selfish. They are mechanisms that enable boundaries and power and the motivation to do difficult things.

Anger is an incredible force in motivating us to do the ‘right thing’. 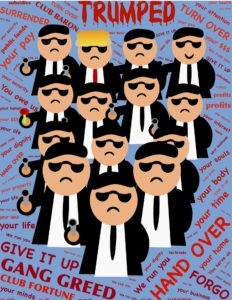 Your parents said, “Don’t be selfish!”

What’s also really interesting is that they didn’t say, you will never get rid of your selfishness, in fact it is necessary in order to live, so let me help you to learn to love it and honour it and work with it skilfully. As Dr John Demartini might say, “Let’s work with it so that it doesn’t run you, so that you can run it.”

The bottom line is that selfishness will run you as long as you have a wound around it, because you will be rejecting it as bad.

At the Cerebral Cortex – thinking – level you can work with this toxic conditioning in the following way.

Start to recognise and become deeply aware of the extent to which these lies are running in your psyche and that in fact they are lies.

What do I mean?

You keep losing your temper with your kidz or partner or colleague at work. You’ve been told this is bad, it’s wrong, it’s not okay.

It’s not wrong. It’s human. You won’t get rid of your irritability, or your anger, no matter what your preacher, or Imam or spiritual teacher tells you.

I used to think I could. I failed and felt…yes…guilty. J

We get angry when we don’t get what we want. People think this is terrible and makes us primitive. Well it might well be so, but those primitive instincts have enabled us to survive for around 2 million years. In addition to this I’ve watched many so-called spiritually Awakened people fighting with each other on Facebook like 3 year olds because they’re not getting what they want, i.e. other people agreeing with them. They’re in denial of their anger while expressing it!

The bottom line of the conditioning you received is that you were being told that your humanness is not okay.

A client said to me the other day, “I really want to be a better person.” I guarantee you she will fail. I asked her for an example of this and she said that she is ‘grumpy’ with her boyfriend.

I ask you, is there anyone, anywhere who isn’t sometimes grumpy?

The conditioning is asking you to do the impossible and then getting you to feel bad because you can’t do it!!!

It’s criminal and you are the victim.

Start to see this, feel this, as deeply and as often as you can, in your mind and you can start to notice the contraction that this causes in your body.

Why in the body?

Because as Bessel van der Kolk, a leading trauma researcher and practitioner says, The Body Keeps the Score!

Meaning, just watch the body of a child being praised and attacked. You can literally see how the psychological pain impacts the body. Of course it is the same in adults, but we try to mask it, whereas kidz don’t.

So see and begin to feel the impact these lies have on you multiple times a day.

Returning to the grumpy issue. What my client needs to work on, rather than simply trying to ‘stop being grumpy’ is to feel and explore and heal the wound in the in the body-mind that creates the grumpiness. The wound that says, “I’m not getting what I want” or “I hate the pain I am feeling right now.” This is far more useful than the guilt induced idea that you ‘need to be a better person.’

The ‘multiple times a day’ I mention above is necessary because you are living in a dream world, thinking that you are running your life.

These conditioned lies are – well…much of the time at least!

Just noticing these lies on a mental level is unlikely to do the entire trick. Work with the pain that the lies have created in you. It needs to be experienced and released.

What you can do is feel these lies inside of you in the deepest possible way. They go right down into the deepest part of you, into the marrow of your bones. Can recognise, deeply, really deeply that these lies are not you, they belong to another, to others, who have injected them into you?

Let me illustrate how these lies operate.

Here are some scenarios, with the ‘lie’ underlying them tagged on.

Mostly, these rules just crush our spirit and they shut down all access to the pain and woundedness that lies beneath them. 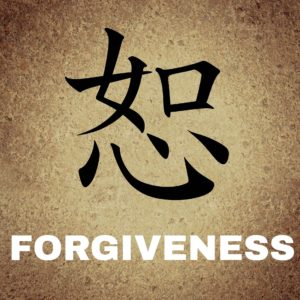 Another way to work with this is to learn to do forgiveness of self. In this process I teach my clients to picture times where they have been selfish, clumsy, abusive, manipulative, foolish and so on and to forgive themselves for doing this.

(By the way there are many spiritual teachers who will tell you that there is nothing to forgive. Theoretically that might be true, but practically, honestly, I’ve found that insight to be totally useless!)

The rage at others and themselves and the pain underneath it needs releasing and this just cannot be done mentally.

The anger and hurt needs to be expressed, usually with the help of a professional, so that it can be titrated – released in small amounts – because for many it can be overwhelming.

So what I ask them to do next is, to think of somebody that was unkind to them and to picture how they forgave them and they can do it!

Isn’t that fascinating that we can forgive others but we can’t forgive ourselves.

In fact I don’t think anybody has ever said to me, when I’ve been filled with guilt or shame about something, “Can you forgive yourself Mark“

Why not, be because we are trained in self-rejection, not self-love.

This is self-love training. 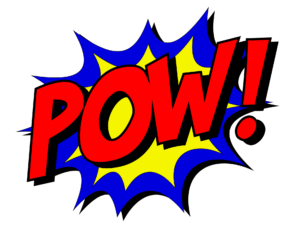 What I only learned in recent years is that trauma is a frozen, incomplete response that is trapped in the Brain Stem and in the body. What do I mean?

Your father called you a failure. The natural, healing, angry response, is to say, “Screw you Dad.” But you’re small. You can’t fight back or flee the home, so the angry response is frozen in the body. Everyone, yes everyone has frozen and incomplete responses in their bodies.

It is well nigh impossible to think yourself out of a freeze response, it needs expression, to be completed, so that we can return to equilibrium, to self-love.

Guaranteed that the more frozen, incomplete responses you have in your body, the less self-love you will have and the more frozen you are, the more your Spirit dies.

Forgiveness into the Future.

A final way to work with this is to do Forgiveness into the Future.

Many years ago I met a woman on the internet – that’s how it goes these days – her name is Abagail. Her daughter Catherine was murdered when she was 18 years of age by a man named Douglas Mickey.

Mickey was sentenced to death for his act.

In the interim Abagail spent 8 years in a deep, dark depressive rage. One day a voice came to her saying “Forgive him.” Of course she initially rejected the voice but finally gave in and wrote a letter of forgiveness. As she posted it – this was the 80’s I think – all of her anger and despair lifted.

Mickey responded to her letter with great love and an apology.

Abagail visited him in San Quentin prison on Death Row.

As unbelievable as it seems, they became friends.

She came up with the most beautiful definition of forgiveness.

Forgiveness is giving up all hope for a better past.

Years later I one day noticed my anxiety about helping a particular suicidal client. I realised that my anxiety was saying, “I musn’t mess up, I can’t let my client down, I have to stop him from killing himself.”

Quite apart from the arrogance which says that this is up to me, that his life is completely in my hands, I realised that my anxiety was being created by my belief that if I messed up and he killed himself, I would be a bad psychologist, a bad person.

It was guilt in advance.

And let me tell you, a huge portion of our anxiety is like this.

And I didn’t mess up. (You are less likely to mess up when you do this because you are more relaxed, without anxiety and without guilt, in advance.)

So I have a new definition for you.

To release anxiety about the future is often simply forgiving yourself – in advance –  for all of your future screw-ups!

This work takes time. Most of us want a magic bullet, a quick solution. I saw an advert for a meditation app the other day.

It said: “Dissolve your negative emotions in one click!”

Self-love is not just a click away, but if being an axe murderer is not your thing, do the work!

Yours in Love & Power,