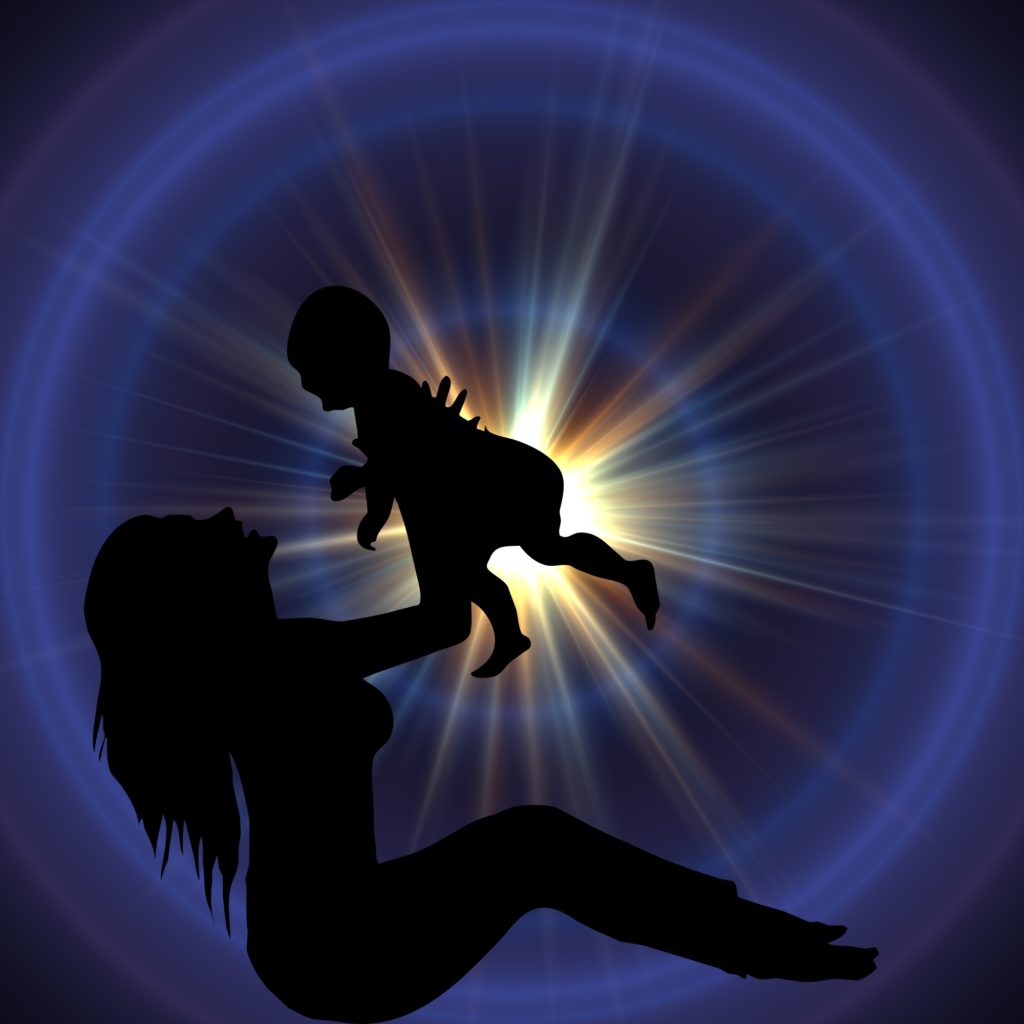 “We abandon ourselves because we were abandoned.”

I had tea with a great friend of mine Barbara Kuppers – an amazing TRE trainer and facilitator – bsassy@telkomsa.net,  a couple of weeks ago. We got to talking about her daughter who’s just had a child. He is now six months old. She described to me what a magnificent mother her daughter is. She isn’t constantly shovelling food into the kid’s mouth at prescribed times as all of her friends are doing with their kids, as recommended by the paediatric clinic.

She comforts her child when he is upset and lets him eat when he’s hungry. She doesn’t immediately pacify him when he’s upset, with food – as so many mothers do. She’s listening to his needs and not parenting from her own anxiety and having to rescue him and make him feel better the moment he is distressed.

What this is doing is it’s giving the child space to be himself and she is honouring his needs.

I call this Parenting for Self-Esteem.

And in response the child isn’t having to rescue his mother, pacify her, which is what most kids are going to feel they have to do.

It’s Not Okay to Sit With Pain!

What parents are teaching children, is that it’s not okay to sit with their pain. My dentist tells me that 98% of her women patients are on anti-depressants. So the great question is, how much pain are these women avoiding which is creating their depression. Depression has many causes, just one of them being the repression/avoidance of pain.

Our parents train us to avoid difficult feelings. As Barbara says, “They treat us as blobs that they are going to mould in their image.” This pressure pushes us into our heads, a virtual reality that is dissociated from our feelings and from the world, to escape the anxiety and control imposed on us, by them.

This is parenting for disconnection and zero confidence. This is abandoning your children.

It is dishonouring the uniqueness of every individual and it prevents us from expressing the natural genius that we are. There is no space for us to feel our feelings, our pleasure and pain and so our relationship with these emotions and the world becomes distorted.

When we get abandoned, we learn to abandon ourselves and in this moment all Self-Esteem is lost.

It’s All About the Tones! 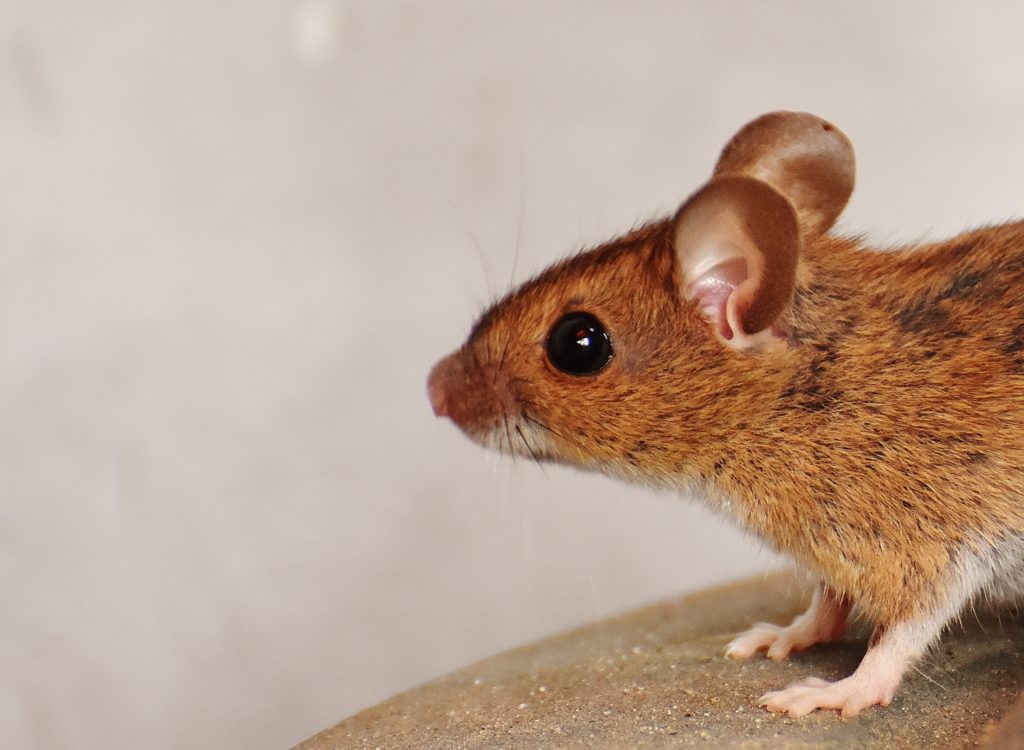 Another friend of mine Joey Lott, www.joeylott.com posted a blog a couple of weeks ago which addresses this issue in a really interesting way. He says: “We think the things we are trying to avoid are the problem in our lives. But in fact it is actually the trying to avoid aspects within ourselves that is the problem.”

This is a mind blowing idea.

It’s all about conditioning. He says that the so-called scientists put rats in cages and shock the hell out of them while pairing the shock with a tone. The rats then associate the tone with the shock and when they hear the tone they get as scared as they would, if they were being shocked. Joey says that 99.9% of our problems “are tones”.

If you really understand this you can truly begin to transform your life.

I see a woman who is wanting to leave her husband with whom she’s been for 20 years. For about 16 of them she’s been really miserable, but why doesn’t she want to leave?

Because she has a fear of being alone and of not surviving financially. She is also frightened of the painful feelings involved in leaving, the disruption to the family, hurting him, seeing his pain.

Leaving evokes a whole lot of emotions which she has simply learned to avoid her whole life, thanks to her parents who visited their anxiety and control upon her.

There’s no blame being apportioned here, because their parents did it to them and theirs to them, going how far back into how many generations…well, Adam and Eve come to mind!

This woman doesn’t actually have a problem with leaving him, she has had previous problems with isolation, not having money, the guilt associated with hurting someone and so on. The situation is evoking aspects within herself that have not been healed, so something out there, in this instance leaving him, is the ‘tone’ in her life.

So many times I have heard clients who are wanting to leave their partners, say to me: “I don’t know how to tell him.”

This is actually misrepresenting the problem. They know how to formulate the words that need to be said in order to leave, that’s not a problem at all. If they were connected to the real issue they would say: “I am so frightened of hurting him and seeing his pain and feeling guilty that I can’t tell him that I want to leave” and then most importantly: “I haven’t healed this guilt thing or my fear of isolation thing or my money thing, yet.”

And then, really importantly, they go into their head, and get lost in the story about leaving and the lt and isolation, instead of dealing with the feelings themselves. In running from the feelings, we abandon ourselves!

Thank You For Showing Me I’m Still a Victim! 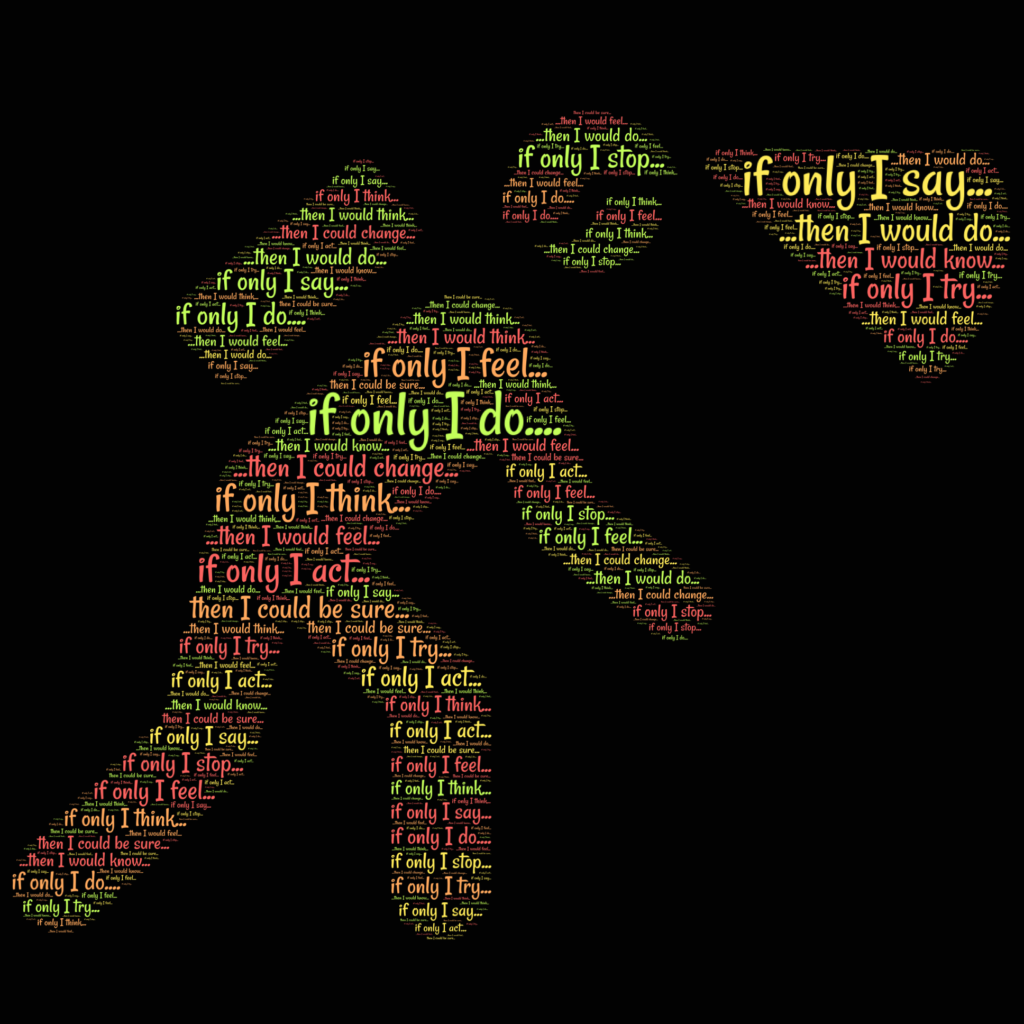 On a more mundane, day to day level, there are many more examples of the above. A friend of mine put up the most beautiful FB post a while back. She said: “Thank you to Standard Bank for showing me how easily frustrated and impatient I am and what a long way I have to go before I become enlightened.”

She’s taking ownership of the victim position that the bank – the bad service is the ‘tone’ – pushed her into.

Can you do this with your everyday frustrations?

One of my favourite stories that illustrates this is about this guy who has lost his car keys one night at the roadside. A Good Samaritan comes by and starts to help him. They’re looking under the street lamp and clearly the keys are not there and so the Samaritan says to him: “I don’t think the keys are here, where did you lose them?”

And the guy replies: “Over there in the bushes.”

To which the Samaritan says: “So why are we looking over here under the street lamp.”

“Oh it’s too dark over there”, says the guy.

That’s the point. The rat thinks that the tone is the problem because it’s the easiest place to look, it’s on the outside. The man looks for the car keys in the light because it is easier to look there. The woman who wants to leave her husband says I don’t know how to tell him but actually the problem is inside. It’s the guilt and the loneliness and the fear of having no money.

You’re sitting in a meeting about a new project or business deal and the meeting is going badly and people are attacking each other and not listening and the issue that’s being avoided, is confronting the fear that the deal will not go through or that the project will fail.

By the way I think that fear is the most avoided and unexpressed emotion in the boardroom.

The biggest issue is on the inside. We are run by our fears, but we tend to avoid them.

A Board of Directors is a Nursery School! 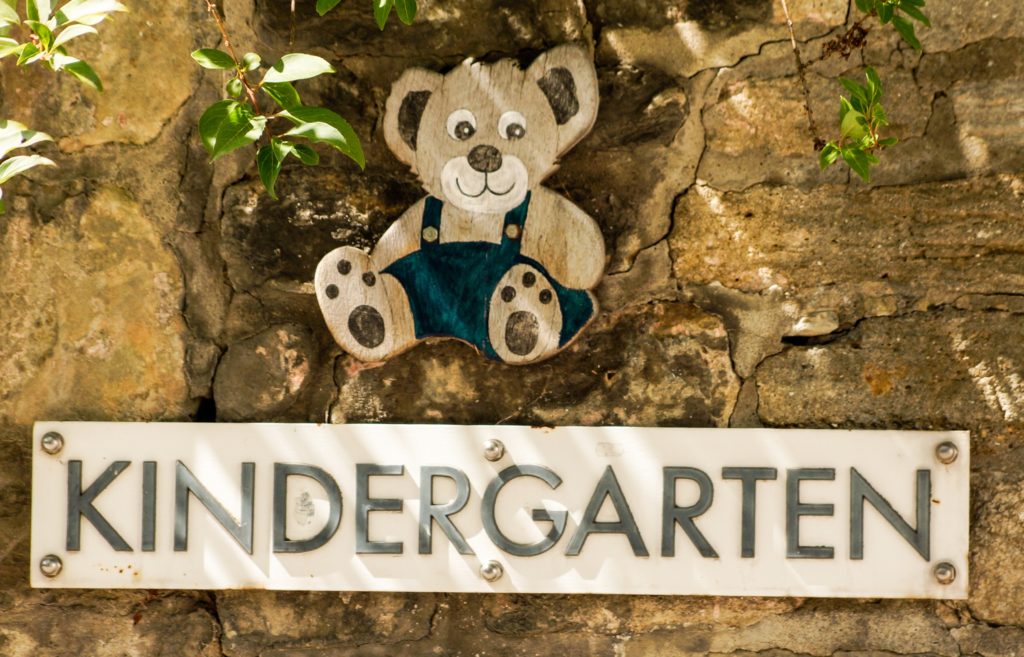 I worked with a really great CEO some years ago whose wife was a nursery school teacher and she said to him that his Board of Directors was exactly like the nursery school kids but with a veneer of sophistication covering up all of the fear and resentment underneath. We laughed and laughed at her observation because we knew that it was true.

So what’s going on in these tense business meetings? People are frightened of failure and of not looking good and of not being successful and of not being heard. These are the problems on the inside which are not being confronted and dealt with and so the focus is on the external.

One of my favourite expressions is: “It’s not money that makes the world go round it’s our fantasies.”

Quite simply a fantasy is anything that distorts reality. One of the most powerful fantasies in our culture is around marriage. Parents are desperate to see their daughters married off and daughters are so often longing for the fantasy of marriage. I’ve seen this in people in their 40’s and 50s. It’s not just an adolescent thing. The fantasy runs very deep.

When your marriage partner doesn’t behave in accordance with your fantasy, that’s the tone. “I’m not feeling loved,” is what’s being avoided.

What Are You Avoiding? 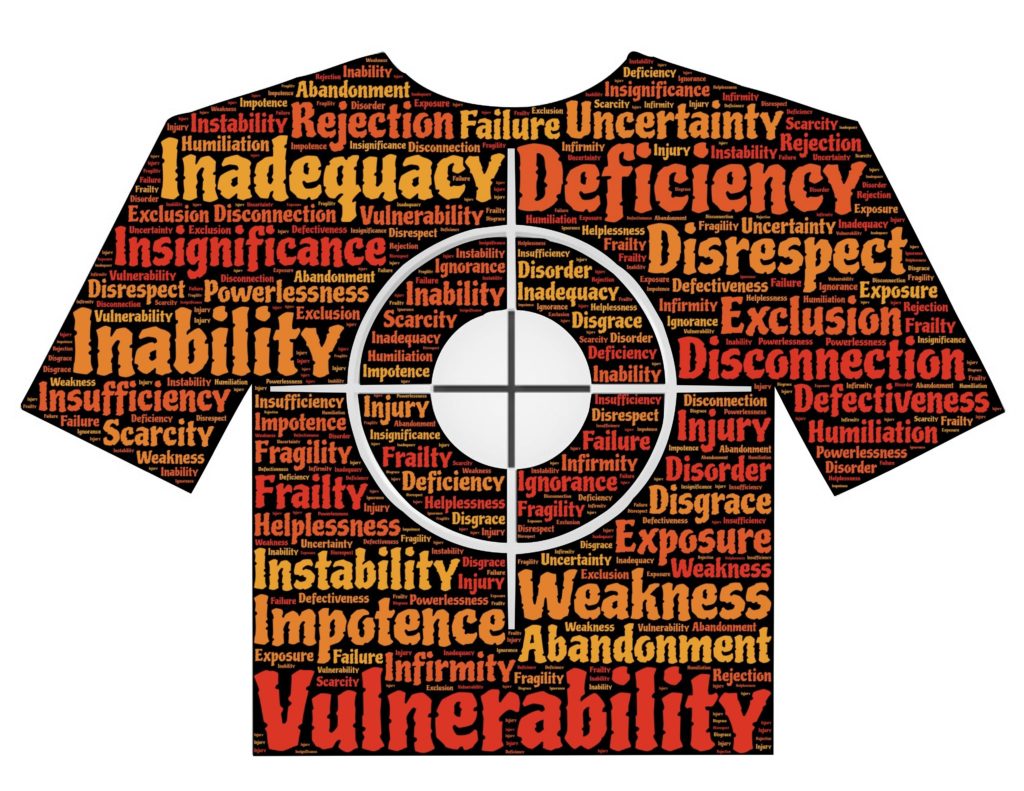 You focus on their behaviour instead of the thing you are avoiding on the inside which, among a multitude of possibilities, might be your unrealistic (i.e. fantasy) expectation that they will remain kind and supportive and caring toward you, until death do you part.

I’m sitting here writing this blog and I’m having a lovely time because this really inspires me but at a deeply subtle level there is slight tension inside of me. And why?

It’s not about: “I don’t have enough time in which to write this blog” or as used to happen in the past “I hope I don’t get criticised for what I’m saying.”

Can you begin to see that the things that we focus on are usually not the problem?

Can You Acknowledge Your Fears?

There is a great deal of political uncertainty in South Africa, my home country, at the moment. And what I hear people doing is criticising the government and the president. They are the ‘tone.’ The issue on inside that is being avoided is, I’m frightened for my future and for my kids future. People will often talk about the kid’s future, but they do this angrily. Beneath the anger is the anxiety, which is seldom acknowledged or dealt with.

It’s easier to think just like a rat in a cage that it is the tone, the political issue, that is the problem rather than the internal issues it evokes, that we are running from.

I facilitated a conflict process in a business recently in which I helped the team to start acknowledging their vulnerabilities, on the inside. The transformation was deeply gratifying.

So to turn away from the outside and to look within is to begin the healing process. However, like the man looking for the keys under the street light it’s not easy to look in the dark and at a painful place most of the time and it takes time and we’re always in such a rush.

I have a new expression: “It’s the avoidance of our vulnerability that makes the world go around!”