You could fill an aircraft hangar with all of the books written about leadership. They talk about vision, innovation, mission, responsibility, enabling others and so on.

Get Out of The Victim Position First!

I want to talk about just one quality – it has three elements to it – which for me is the foundation of great leadership. It is about getting yourself as a leader, out of the victim position and into mastery before you do anything else.

In the victim position we get emotional and critical and angry and authoritarian, particularly under pressure. In this position, people make a lot of statements as opposed to asking questions and they don’t listen. People in the mastery position remain relaxed and cool and they are not victims of their emotions.

Just watch a great leader under pressure. What do they do? They listen and ask questions and listen and ask questions and ask more questions. And what do most of the followers do? They either make statements and respond emotionally and they don’t listen or they just go into what I call the retreat-victim position, which is staying under the radar and saying nothing. They are victims of their emotions.

Great leaders are masters of their emotions. They remain regulated and calm. Emotions don’t hijack them.

It is the leader, who through their listening and ability to remain calm and emotionally regulated, which is the greatest skill of emotional intelligence, who in slowing themselves down, slows everybody else down and gets people out of their impulsive, conflictual, emotional responses to pressure and into mastery.

Not just ‘by the way’ I’m including parents in my definition of leadership. If you parent from the victim position, you will create children as victims.

Get Others Out of The Victim Positon Faster!

The second most important quality of a great leader is that they get their followers out of the victim position faster than the followers can get out of it themselves.  The victim position is hot emotionally, too fast and very tight. Mastery is cool, and slow and loose.

Any leader that can get a team or an organisation into ‘cool and slow and loose’ really quickly, is going to get people back into an attitude that enables them to be highly productive, efficient and effective.

Michael Hammer, the godfather of the re-engineering process said: “The two greatest skills in business are attitude and creativity.”

What is also really interesting is that the more emotional we are, the less creative we tend to be. Not always, but certainly it’s a tendency.

Teach People to Get Out of Victim Faster.

The third aspect of this great leadership model says that you need to teach people how to get out of the victim position on their own.

This is going to take much longer than the first two and it is certainly a lot more work, but the problem is that most leaders just want to focus on getting their people to be more productive and cooperative rather than focusing on themselves as leaders and getting themselves into mastery so that they can lead effectively.

The first two of these qualities go together because the leader who is in the victim position automatically moves his people into the victim position or if they were already there then they go deeper into it. The leader who is in mastery, calm and modulated, listening and asking questions, is automatically going to start getting her people into mastery.

What’s really fascinating about this whole topic is that when I observe people in leadership positions in organisations, when they’re at their most unskilful they’re treating people, largely speaking as their autocratic parents and teachers treated them…unskilfully!

I have created a model called Strategic Questions, which is designed to enable leaders to learn how to formulate questions. It’s really quite astounding how people with great intelligence and great skills, under pressure default to making statements which shuts people down and stops them contributing. Just watch a team under pressure, most of the time it’s a series of statements designed to contradict what has just been said or simply is an avoidance of what’s been said by others. It’s an angry, serial monologue.

Andy Stanley said quite beautifully that: “The leader who doesn’t listen creates people who stop speaking”

What’s the best place to begin when you want to get yourself out of the victim position and into mastery? Start turning the statements in your head into questions and really start getting interested in what other people have to say and start promoting dialogues between people through asking these questions and notice how the energy in your teams start to change.

Make this your priority.

A Dance of Give And Take. 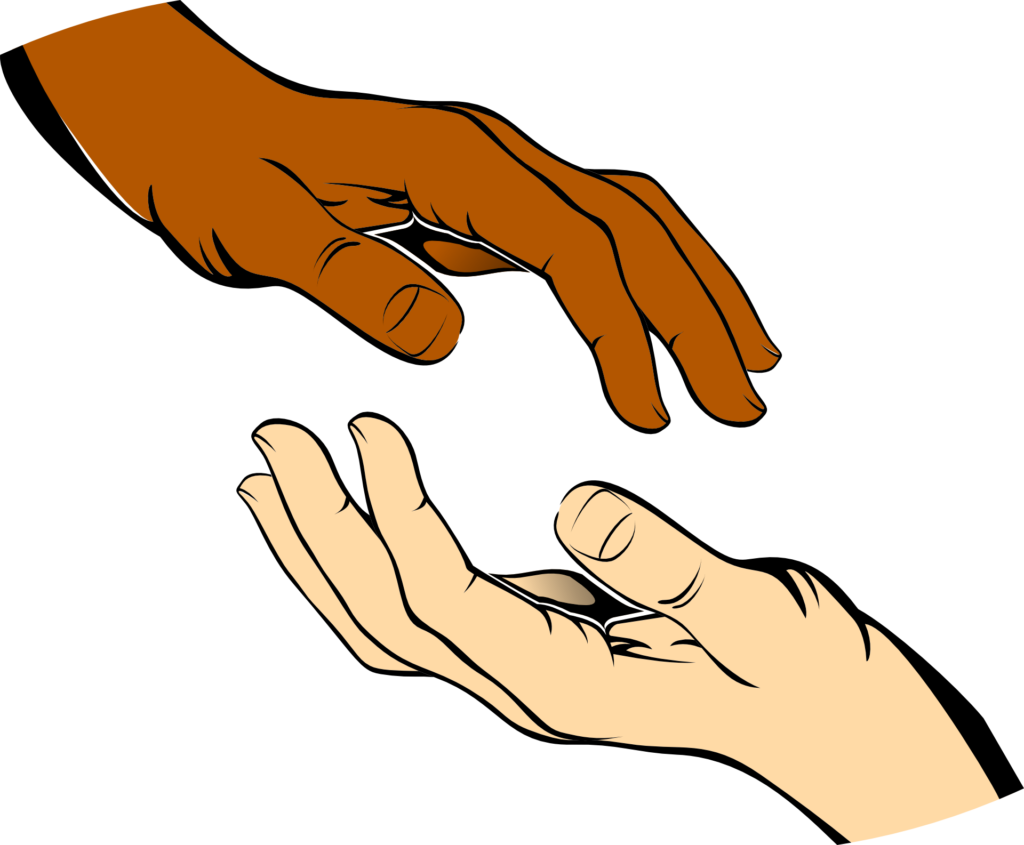 Life is and endless dance of give and take. Mostly, when there is tension in a relationship, when we are talking we are ‘taking’. When we are listening we are giving. The more ‘taking’ that is happening in conflict or pressure, the less productive the experience.

Ask yourself this question, when you are under pressure, what is my priority right now? For most people it is making my point heard!

Which is of course utterly self-centred.

Can you begin to make listening and asking questions the place where you centre yourself?

In doing this, you are giving more and your will receive more. It’s a reciprocal loop.