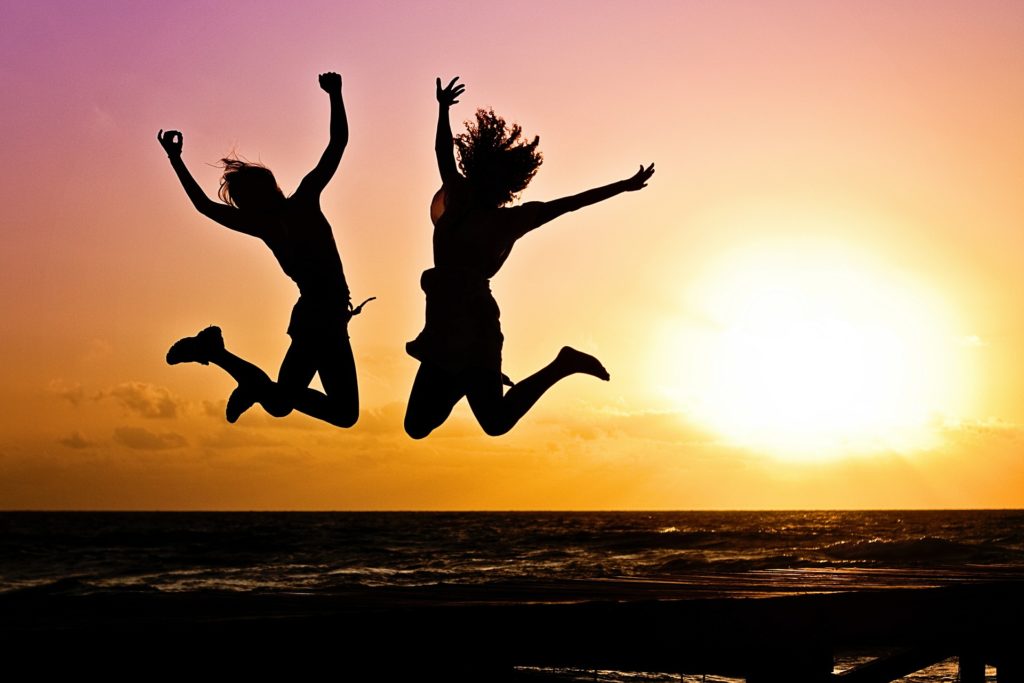 About 25 years ago I was out with my stepson Chris, who was about 20 years old at the time. We ran out of petrol, fortunately fairly close to a petrol station. When we got there I’m about to burst out to the petrol attendant: “We’ve run out of petrol have you got a spare petrol can we can fill please…?” and Chris says to him in this very relaxed way: “Hi there, how are you doing?”

And the attendant smiles brightly and says he is doing great. I am struck by the difference between Chris’s approach and mine. He is loose and relaxed and open and I am tight and tense and closed and contracted.

And I realise that I spend much of the time in my life contracting in anxiety about the next interaction I’m going to have and most particularly when there is a potential for conflict with others.

THE RELATIONSHIP OR THE PETROL.

Chris was more interested in the relationship than in the petrol.

How much of the time are you more interested in what you are trying to get out of an interaction than in building the relationship with that person?

In many ways this contraction–expansion issue is one of the defining features which determines your level of Self-Esteem at any one point in time. What is so fascinating is that in all of my years of corporate consulting I have watched this polarity play itself out in multiple scenarios with fascinating consequences.

Before I share an example of this, I want to say a little bit more about the underlying theory around the issue.

TO BUILD OR DESTROY RELATIONSHIPS

First world culture puts a lot of emphasis on being professional. And I must add that the benefits of professionalism are immense. It is reliable, responsible and organised. It presents a great image to the world. It is accountable and it looks smart and sophisticated. It gets the job done. In other words it builds relationships, but only up to a point.

Nothing exists without two sides and so the downsides of professionalism are that it can be stiff and tight and distant and cold and disconnected and opaque.

And this is the beauty of double sidedness, everything potentially builds and destroys and I am deeply indebted to Dr John F. Demartini for leading me to this immense source of insight into life and the psyche. It just boggles me that traditional psychological theories completely ignore the value and power of this ‘double-sideness’ truth.

So let’s look at the opposite of professionalism. Let’s call it informality. What are the drawbacks of informality? It can be too loose and too casual and disconnected and disinterested and it is often not focussed on getting the job done. But the benefits are immense. It can be warm and connected and transparent and open and loose and close and loving and caring.

And most importantly it is interested in building relationships.

So if we go back to my example of the petrol can with Chris. I was interested in getting the petrol – actually scared of not getting it! I was an expression of all the negative aspects around ‘getting down to business’, trying to get the job done and not focusing on the relationship.

And it was my anxiety that created it. The anxiety reflects a lack of Self-Esteem. “Will it work out, will I get what I want, will the world love me, will I be successful?”

I was lost in a world, trying to control the future and fearful that it wouldn’t turn out the way I wanted it to. This is a world riddled with fear, disconnected from heart and Spirit, alienated from others and alienating others.

And this is what I see everywhere I go in a first world culture that honours professionalism.

I was coaching a CEO – a Harvard MBA – some years ago. He was head of an organisation of about 500 people. He was a lovely guy. Bright, warm and sensitive, if sometimes a bit hesitant and occasionally lacking in Self-Esteem.

On this particular day he walked in and immediately started telling me about the fact that he had to close down a recently set up division in his organisation that had failed. It meant that 20 people would lose their jobs. He was about to make the announcement to the entire organisation that this division was to disappear.

His anxiety was immense.

I asked him what he was going to say to the people and he proceeded to describe in the most stiff and contracted and professional terms how the “value add” and the “strategic importance” and the “bottom line ROI” issues were at play here.

In sum, his presentation was going to be filled with professional jargon.

And so I said to him: “Do you know how disconnected you sound?”

And he replied very, very hesitantly: “Yes…I suppose so.”

And I said leaning forward, earnestly: “I want to know how you really feel about making this presentation?”

And so I simply said to him: “So why don’t you share that with them? Why don’t you tell them the truth about how you really feel first and then present the business case issues?”

Which is of course being informal and real and human and warm and then professional.

And we talked about how to do this and what was in the way of him doing this, his anxiety about being a real human being in the situation subsided. And off he went, determined to be more informal and direct and honest in his presentation.

And he phoned me a few hours later and he said to me: “It was amazing, it was wonderful and some people even came up to me and hugged me!” And the conclusion we came to was that this fabulous reception to something so devastating, was that he was so human, so transparent, so real.

THE BIG MOMENTS AND THE SMALL MOMENTS

It’s important to notice that this is not only about important presentations and announcements, which is why I shared the petrol can story. It’s about the big moments and the hundreds of small ones that happen every day.

In my petrol can example, I was so utterly clueless. I didn’t understand that what people and relationships require is the warmth and transparency of an open and relaxed heart, not that of an anxious and contracted automaton.

VIOLENCE IS A LOSS OF OUR HUMANNESS

There is so much distress and sadness on this planet about all of the violence and destruction that nations and individuals inflict on each other.

But when we are in a contracted and anxious and often ‘professional‘ state of mind, what is the consequence? We are inflicting a subtle form of violence on each other, not to mention what we are doing to ourselves!

The best way to leverage humane interaction with other people in relation to the concept of double sidedness, is summed up by the following: we need to draw on the best aspects, as skilfully as we can, of each side, in order to be fabulous human beings.

A wonderful way to implement this is to just start noticing right now as you are reading, how open or closed your energy is. Are you open or closed hearted? And if you are closed see if you can open? Just picture an animal or a small child you love and feel your heart open and then bring it into the present.

And then start to notice as you sit down to do your emails, watch how you close down and then just see if you begin to open?

And then notice as you go into meetings how open or closed you are, about the agenda or the people there. And when you’re driving home to see your partner and you’re  hoping they’ll be in a good mood and when you get there they’re not, can you notice how you close down to the reality of them just being themselves and you close down and you blame them – don’t we all!

And can you begin to spend more and more time in being open rather than closed.

And finally. If you are in too much of a rush to get something done, completed, finished, you’re going to go into contraction on the inside…it’s going to be a mess. I have an expression I use to help me here: “Is this going to happen in Mark’s time, or God’s time?”

And just in case you went into contraction about the word ‘God’, God’s time is shorthand for everything outside of your control!

Mark’s time (substitute your name) is my shorthand for the desperate contraction created by my needing to control the way in which something is going to manifest in the world!

And it is only great Self-Esteem that enables us to switch to God’s time. As soon we get contracted and anxious about the outcome of an interaction, not believing that we can cope with some outcome, we draw on all of the worst aspects of professionalism and lose all of the best aspects of informality.

To see this and to live it is to transform relationships into the magic that they’re capable of, as that CEO that I worked with was so beautifully able to do and as Chris did, when he simply asked after someone’s health before he got into his ‘petrol needs.’

To live more and more open hearted and expanded every day is your gift to the world and to yourself.

In love and power,
Mark.